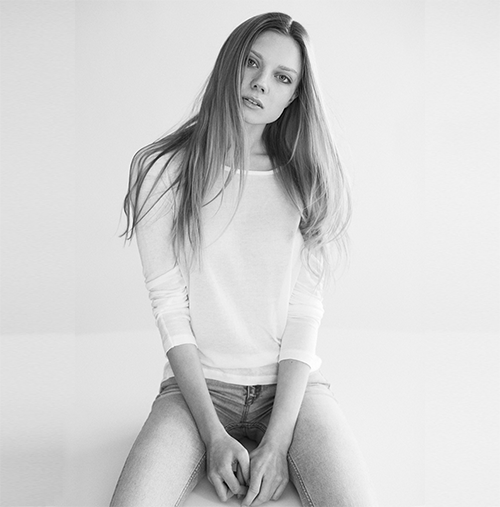 In her previous time spent in the city Carolina had made few acquaintances and fewer friends, but she had always considered Nadya the latter. Their relationship had been mostly business at the time, but each had needed a friendly female presence with no strings attached, at least in her mind. For those reasons and more it warmed her heart more than the sunlight when she recognized Nadya who had called her name with such familiarity. Her response was exuberant, perhaps a bit much so, but the snow leopard was the type to take joy when she could find it these days. A sheepish look crossed her features at the dark haired woman's appraisal that she seemed happy, the implication that she had been less than that when they were last in touch. It wasn't untrue, and while she was in many ways better now there were new scars that the blond had to bear both literal and figurative.

It did not do to dwell on that however and Carolina just beamed back at her. No lie in those words as she offered her old friend a seat at the small table, running a hand through her golden hair she reclined back comfortably once more. She listed raptly as Nadya filled her in on a few things, nodding here and there. She laughed lightly, she would definitely be in that category preferring to wrangle a bar full of drunk weres personally. Her shoulders rolled slightly at the question of what had drawn her back to Sacrosanct. There were many answers to that, but at the present it seemed best to stick with the safest of answers. Carolina left a lot of blanks in that story entirely on purpose but she was enjoying catching up with her friend too much to get into it here.

She felt a sweeping wave of guilt as Nadya mentioned the hardships of trying to keep a bartender in employ, perhaps the nature of that job prone to attracting flightier types such as she. It wasn't the first time Carolina had felt bad about leaving. Her words rang with honest apology, she had genuinely enjoyed working for and with the other feline. Sadness touched the edge of her voice but she drove it away, things had been working out well for her lately and that was all that matters. She wasn't sure what all had transpired that she was no longer aboard the Ark with her brother, and no longer a part of their pack, but all things considered it seemed to have worked out in her favor. At least, from an outsiders perspective.