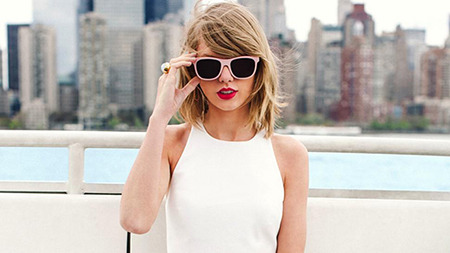 cause i want you for worse or for better
i could wait forever and ever
broke your heart, i'll put it back together
Running a bookshop within a magical city had its own delights, Piper was quickly learning. While the young, human, girl was still unable to accurately identify the species that frequented her little shop within the Western district, she could certainly guess. It was quickly becoming a game for her, a way to pass the time and add some sort of excitement to her world. To consider the lives that her customers had when they weren't within Westside Stories, to invent stories and adventures that they might go on during their day. The trio of girls that came in two days before the full moon each month and bought out cookbooks - they were absolutely witches (though she couldn't prove it). The grumpy man who only came in five minutes to closing and always ordered ahead? Definitely a vampire. The teenage girl who was always asking for elemental books or tarot cards? She was human, but like Piper, she certainly didn't always want to be.

But that wasn't to say it was always fun to work in her bookstore. Customers were always aggressive around the full moon and were more likely to haggle prices with her, often anticipating that she was a cashier, and not the owner. A new moon would always bring forth a variety of people wanting to try a new hobby. Sunny days meant people were in the mood for browsing, yet they were always the worst sales days within her store. The winter months - in addition to the pandemic - had made people more likely to buy books for hobbies, but it had also made them just as likely to return those books a week later. Overcast skies and rain made people irritable, snow meant that the wooden floors were a mess, the warmer weather now meant mud.

Piper loved her store, truly she did. It was everything she'd wanted it to be, right down to the artwork on the walls and the comfy chairs to read within. And yet... some days the young girl couldn't help but be bored. The shop today had been slow, with what few people had come in wanting to browse rather than actually buy anything. And a group of teenage boys had come in after school hours and absolutely destroyed her graphic novels section, a project that had taken her almost an hour to correct. By the time she was done, she was almost glad for the lack of customers in her store if only because she could distract herself with the latest period romance novel that had come in last week and she'd only now found time to look at. The blonde had nestled herself behind the counter, leaning over it as she dove into the world of 19th century England. Piper was unaware of the overcast skies that had crept away the sunshine outside, just as she was equally unaware of the delivery man struggling with opening her door while those boxes balanced precariously in his arms.

It was only once the bell above her door chimed that she looked up, and by then it was too late for her to come around to assist him with her delivery. The young woman perked up, just as she always did for new deliveries coming into her store - each box held its own adventures, a dozen or more individual worlds wrapped in pretty bindings. Piper's hands went out to steady the boxes as he sat them on her counter, the woman entirely eager to see what had come in on the latest shipment - after all, with business booming, it was hard to remember what all had been ordered. Her 'thank you' died upon her lips in the same way his sentence had, interrupted by the sudden sound of rain hitting the windows. Piper, too, flinched at the sound. Between the bell, the man stumbling into her shop, and now the rain, it was almost an assault to her senses to be within reality and not her own fictional world. Piper's gaze held focused on the large storefront window and the heavy droplets that pounded against it, considering exactly how this would kill the rest of the business for the day, at least until his voice reminded her once more that she wasn't exactly alone.

"Thank you," Piper said, turning her crystalline irises in the direction of the boy. He looked about her age - though in this city, that could mean anything - and he, like her, looked less than thrilled with the weather outside. What was he? A Were, maybe? A cat? They hated water, right? Not a vampire, it was too bright outside. A faerie? She couldn't quite see his ears from this angle... "You know," Piper mused as she turned, hunting through a drawer in her counter for the box cutter she knew was... somewhere. "For someone who doesn't like storms, I live in a terrible city. It rains here entirely too much." That box cutter was around here somewhere, maybe in that dra... aha! Piper's slim fingers slid around it, pulling it out with a flourish entirely inappropriate considering she was holding a blade, and immediately she pulled the larger of the boxes towards her. She had to stand on her tiptoes to get a good angle - what on earth had she ordered? His voice drew her attention upwards once more, and for a moment the offer hung in the air, Piper confused by the gesture before her eyes flicked once more to the window. Ah. Understanding clicked within the girl and she smiled, nodding at him.

"The parking sucks," Piper commented as she passed the box cutter across the counter, more than willing to give the taller boy an opportunity to avoid the weather outside, especially if it meant she wouldn't be alone for a bit. "I wish I had an alleyway, or some place for deliveries to come in a little easier." Piper waited patiently - or as patiently as the eager young woman could - for him to slice the tape off the box, her own hands moving to help him pull the cardboard flaps out of the way so she, too, could see inside. "Honestly? I don't know. Business has been really taking off, so I order almost every other day. I'll probably have ten more boxes this size coming. I like it, though. It's an adventure in every delivery." She flashed him a smile, pulling a pile of the books out of the box and placing them on the counter. Ah, the smell of fresh books. If she were alone, she might even lift the paper to her nose and breathe in that delightful scent.

It was the flash of light that made Piper jump, the lightning seeming to zip through the bookstore and even between them. The thunder that followed made Piper squeak, an embarrassing, little girl sort of noise. And yet for all the magic and adventure in the world that the girl craved, she was still afraid of thunderstorms, lightning, and the things that lurked in the dark. An overcast, rainy day she could deal with, but a thunderstorm was an entirely different thing. "S-sorr-" The young girl began, her words interrupted by another bolt of lightning. This time, the lightning was accompanied by not only the thunder, but a loud pop, then... darkness. Piper blinked rapidly, sure that the change in light was by fault of her own eyes and not the reality, that the thunderstorm outside had stolen the power and plunged her world into darkness. Piper looked up, her friendly smile replaced by a look of horror at the new situation. Suddenly, her quaint little bookstore didn't seem so friendly. The light from the windows casting just enough light to leave creeping shadows around her.

"Awesome," Piper muttered, her eyes falling once again on the delivery boy, hoping that her rather childish fear wasn't too apparent on her features. "Well. I guess you're stuck here for a bit, unless you want to drown?"