books are a uniquely portable magic 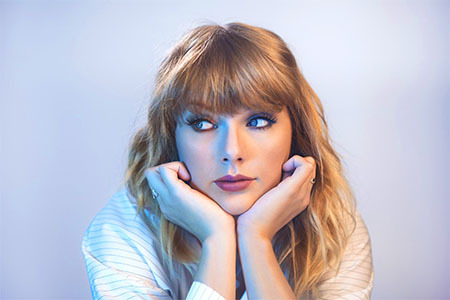 cause i want you for worse or for better
i could wait forever and ever
broke your heart, i'll put it back together
How quickly the onslaught of rain had dampened the mood of the young blonde. The heavy rain would drive off any hope of customers for the rest of the night, and given that she had walked here today... That alone made the young girl shiver. It would be a long night. Piper's voice was soft as she mused about the weather, insisting that this was hardly the city for a young girl who preferred sunshine and blue skies. Even if she would never leave Sacrosanct, even she had to admit that the rain had a way of making even the happiest of days depressing. Piper busied herself with the procurement of a box cutter, unaware of the way that the man in front of her so fished for that paperwork that she needed to sign. She'd just brandished the box cutter and pushed herself onto her tiptoes when he spoke again, offering her help if only for an excuse to stay out of the rain. In those passing seconds before the understanding occurred to her, she was sure she looked entirely baffled, and yet Piper was too willing to oblige him. After all, cute boys made very good company on rainy days.

Piper's words continued, her attempt at conversation feeling entirely natural as she waited for him to slice through the thick tape that had protected her precious books from the torrential downpour happening outside their window. Piper was quick to answer him upon the contents of the box, the young woman unaware of how... bizarre... her response might be to anyone who didn't otherwise know her. Piper's cheeks flushed as that snort of laughter echoed in the empty shop, at least until their gazes locked and his face was full of... amusement? Piper opened her mouth to further explain just as he spoke, and even if some might have considered his words rude, the young bookworm couldn't hold back her own laughter. "I'd like that on my tombstone when I die please. 'Embarrassingly Wholesome'. Much better than what my parents would put, which would probably be 'Mouthy Heathen'."

The young girl hardly considered that others might have been offended by the quip offered by the other boy, after all, Piper had found it quite funny. She'd been happy to laugh it off, to play along. His next words, however, made the blonde pause, a bright smile spreading rapidly across her features. "And so Alice began telling them her adventures from the time she met the White Rabbit," Piper automatically, her cheeks turning red once more, though she would be the first to admit that this was a... different reason. She observed him then, as he carefully unpacked her books onto a careful stack on the counter. He was cute, incredibly so, and seemed to be just as willing to tease her as she was so willing to be teased. It was an odd sensation from a boy for the young woman. In her experience, boys seemed to find her battle of wits and endless banter... well, rather off-putting.

It was almost a shame when he pulled that last book from the box, the man reaching for the delivery slip as Piper moved the box out of the way and behind the counter. She nodded as he spoke, reaching for the slip just as the sudden noise rang through the shop; the noise prompting an entirely too feminine noise of fear to escape her lips. "I-" Piper began before that second explosion of thunder came, followed by the immediate darkness. Her friendly disposition was immediately replaced by fear and anxiety. For a young girl so in love with books, she still found the darkness to be petrifying. He seemed entirely willing to distract her though, his voice prompting her attention back to the two of them and not the shadows that crept over them. That one, she was sure, looked like a dragon. And not the friendly kind.

Her fingers lightly brushed over his as she took the pen from his hand, leaning forward so that she could see the paper in the light his phone provided. Piper signed her name on the dotted line, that delicate cursive carefully forming every last letter in her name even in the darkness. Wordlessly, she handed the pen back to him, her eyes quickly flicking over the room with a newfound sense of anxiety. After all, he had no reason to stay and surely had other deliveries, even if she would gladly keep him here for as long as possible, especially with the darkness. Her fears were quickly met when he stepped away from the desk, though he didn't step towards the door but rather further into the depths of her store. Carefully, Piper maneuvered herself around the desk in an attempt to join him.

She looked up at the sound of her name as she walked, clearly surprised, and yet the slip must have given away that detail about herself. Just as she considered opening her mouth to ask of his own name, he continued, and the words that came from his lips prompting another laugh from the young blonde. It was surprising to hear her own laughter now, especially when the darkness made her feel anything but relaxed. And yet, that quick witted, handsome boy once more continued to speak, this time using one of the books on the shelves as a prop for his seemingly endless attempt to make her laugh. Piper's eyes moved to the book just as he spoke, and this time the laugh that escaped her was anything but ladylike. She paused less than an arms length away away from him as she reached out to take the romance novel from his hands, the young woman still laughing.

"I do, actually," Piper mused as she turned the book over in her hands. "There's this elderly woman who just loves these. I think she's a witc--" She caught herself, thankful for the darkness to hide the blush in her cheeks. "I... I actually have no idea. I play this game, sometimes." It was such an odd thing to admit. It was a true rarity that the young bookworm allowed anyone to see her innermost thoughts, that sense of adventure and wanderlust. And yet there was a flutter in her chest that told her that he would get it. He would understand. "I like to try to guess if my customers are supernatural... and if... and if they are what they would be." She glanced up then, her eyes meeting his once more in the darkness. "I know, I know. Embarrassingly wholesome. That's me. Is that... totally embarrassing to have admitted that to you?"
and that's how it works
that's how you get the girl
piper aldersley