Born to a family of newscasters, detectives, and journalists, Isadore fell into the family profession at an early age. Putting ink to paper has been a past time since middle school and as she grew up, she hopped from news station to news station chasing leads until she became a freelance journalists and part-time podcast host of crime stories. With an insatiable curiosity to solve puzzles, she is often like a wolf with the scent of blood, going too far at times and alienating many around her with her single-minded focus. Isadore holds a slight anti-supernatural sentiment due to the many crime stories she has covered involving rogue Weres or violent vampires, though she has never allowed herself the chance to get to know any supernatural closely enough to change her attitude. 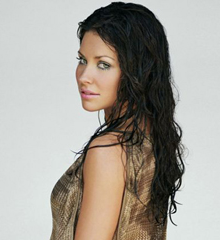