He likes to call inclemency what I call charm;

Posted on March 27, 2022 by Petra Ambrose
North
give me a little of your atropine 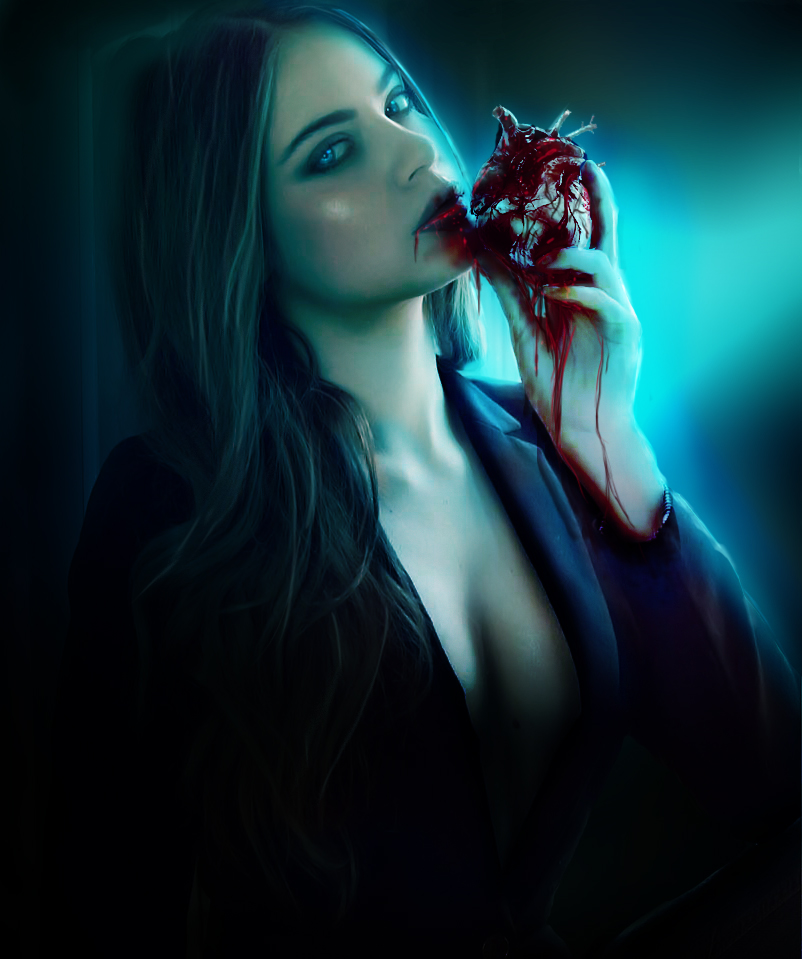 The human became a distant memory as she faced off with the warlock with lips almost peeled back into harsh snarl. It drew her eyes lower to eye it as if reminded that his teeth did not hold the resemblance of a predator. He was missing fangs. She thought for a flash of a moment at the realization that he would make a good vampire. But it was the pull of his intense stare as he uttered his question that sounded purely rhetorical in every sense. Did it look like he cared? "Yes." She stated simply, although it could have easily been mistaken for mockery. Oh yes, this warlock cared very much, much to his own chagrin. He wouldn't nearly be so pissed off if he wasn't. But not for the human. Not at all. Petra had grossly misjudged his ties to the desperate woman from before, preferring to put all his intense focus upon her. Interesting. Why did he not merely walk away? But his following question had her gaze flicking upward to meet his own. He was clearly no white knight, especially not with all that fury barreling down upon its target. Her. "and no." She teased those concise words and yet they were answered as honestly as before. His angry hiss only revealed a flimsy kind of restraint as he claimed he had not received what he wanted. Oh? Interest flooded within her. Perhaps it was cruel to play with him.. His jaw clamped down tightly she wondered if he had broken any teeth with how much tension he held in his jaw. He was livid, it rolled off of him in potent waves. The question fell from her lips that only baited him further. Left with on one question. What would he do about it?

That proximity stole any room to focus on the rest of that club that had been tuned out, including those curious sounds on stage that beckoned to her. How could she focus on anything but the overbearing being that wanted to tear her apart with such savagery? Perhaps if he were stronger, he could. Did the warlock actually have it in him? He was only a hair away, their bodies so close to touching as his arm caged her in with his charged energy. That alluring heat from the living blood in his veins did not match his icy fury. Yet, she allowed it. Why did she back up to him when she could easily out weigh him on strength alone?

He wasted little time as that face lowered, that proximity all but caused her to breathe him in, to draw in his scent. To smell the very adrenaline fueled by rage that tore through him with such untamed violence. She tensed and it wasn't for the reason she thought. No, it was a prominent desire brought on by instinct. Or so she thought. Desire to bring her fangs to the beating pulse in his oh so alluring throat that he flaunted before her... that want to taste that hot scorching blood... wondering if it resembled his rage.

He would crumble the moment that venom entered his veins. His lips drew in close, as if he sought to tempt her more... as if he baited her to bite him or he was just that lost to his rage she could not figure out. How quickly she could turn this around, to place his back to the wall. A tiny voice in her mind whispered yes, her own thoughts enabling what she knew to be wrong. She could break him. Too easily. His hate filled words growled as if he couldn't stand to be so close to a vampire and yet he couldn't stand not to be. An outlet to his fury. Her lower lip trembled as her mouth dried in anticipation what was so near. But his words struck a chord, something that went far deeper that caused her to still. He wanted to put hands on her, but not like she would have thought, he claimed. "So it isn't with your hands around my throat?" She inquired but her words were softer than before, that temptation apparent in her voice. Her tongue slipped between her lips, mouth parted as if she wanted to do just that as it took ever ounce of restraint to keep her hands to herself.

It was then his barbed words slipped free as a blade to her side. A cruel threat caused her lips to peel back into a silent snarl. He wanted to see if he could make her cry? Never! "Do you really think you are capable of such darkness? Especially with my fangs in your throat?" She taunted although there is a tenseness to her words as the vampire woman was just about to drive her point home, her fangs just barely kissed this flesh as reached to pull him near... to snap him into a cage of her own.

It was the sound of voices that distracted and pooled around them, impossible to ignore. Everything had been forced into a screeching halt. The beeping sounds of walkie talkies chirping lively as security surrounded them with practiced precision. Their voices and presence like a veritable ice bath to her plans. She snapped back in irritation, closing her mouth at that very instant as if she hadn't just been a millisecond away of making him succumb to her bite.

Brenden remained rigid as a board, reluctant to give up his positioning even though he had no choice. How she could hardly focus on the accusations placed before her when she had only wanted to feel him between her teeth? She was left with the absence of him that it didn't dawn on her how serious this was despite that disorientation.

How the warlock's demeanor shifted to something far more controlled. Her gaze narrowed at the mention of scanning.. Petra's two-toned eyes flicked from the security back to the warlock who seemed quite arrogantly... unaffected, allowing them to test him for magic first.

"Keep your wands away from me.." Petra warned crisply, when one began to move toward her with that mechanical wand. A frown began to pinch at her features. "I refuse. I have not caused any harm.." How close she was to breaking yet another rule.. She straightened, stepping forward then as if remembering that she held all the power.

Surely that device didn't pick up on her use of illusions. She had barely used any amount of power at all and yet to shove that thing in her face felt all too violating. Her gaze sliced to the petty, tear-stained woman who watched on. The woman that she had once felt 'bad' for was looking on with a form of nasty smugness that left Petra wanting to ignore all human decency for just a moment. The bitch tattled? Petra took a step forward, just as one of the security people rose that cursed wand that blocked her as it chirped aggressively. A light flashed red as Petra swiped to lower that invasive wand from her face. Someone had moved behind her. "Its red, sir." Came a gravelly voice from behind her. What did she care what colour it was? She noticed an open tool kit on the ground, in the corner of her eye that looked like a medical bag filled with vials but it was not enough for her to take much care.

Petra heard a voice abruptly...before a rough pinching hand found her arm. She was crowded in and yet nothing like with Brenden. She bore her fangs as she jerked her hand free, pushing one of the men away with not nearly as much strength as she could. The woman offering a level of restraint she would not have before she learned to feel. "Don't touch me." She growled in warning before she was ignored.. hands found her again, only this pair was stronger, belonging to a vampire she could not see. Too many hands... too many people. Her mind was swimming. No drowning. She wanted to lash out. She was fully prepared to retaliate with her powers, to have them torn apart by her illusions with every passing moment that restraint began to break... The sharp poke caused her to shriek. Had someone stabbed her? She whirled around looking for the being that had done it. She hated needles! She wouldn't have let one come near her if she had seen it coming. "You will regret that. You all will.." she vowed as the tables began to rattle as her illusions began to dance in the form of sinister, ghoulish creatures that caused many people to scream as they smiled with toothy faces. She could kill them... all of them. But... that guilt.. No.. For fear for them.. and herself, in a last-minute decision, with a burst of vampiric speed, she grabbed the warlock. She maneuvered him to place him before her. Her binding grip holding him by his strong shoulders as her body became flush to his back. "Let's finish what we started, Brenden. But tell them.. tell them not to make any sudden movements or I will kill you."