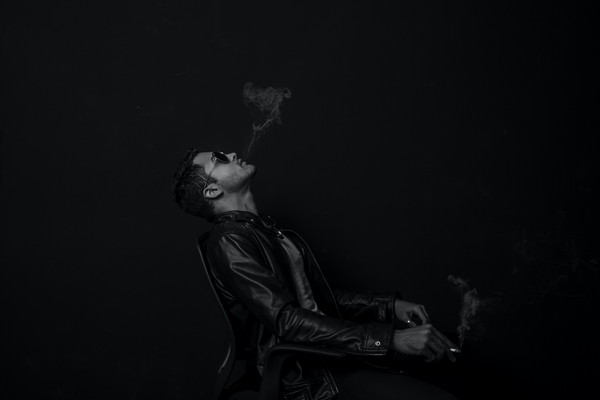 "Half his money?" He ruffled a brow at the mortal and took a deep drag of his cigarette and was rather taken aback internally. How lackluster could you get?! And boorish for that matter! The audacity.
"I don't know if I can associate with this... Thing."
He let out a huff and tossed what remnants of the cigarette he was smoking to the sidewalk and pulled out another one; Damn chain smoker.
"Mate. We're in a world of chaos and violence; Drugs and money! Sacrosanct is the literal heart of this! The idea that you'd only want half of someone's possessions is drab. Why be drab, when you could really make someone crumble?!"
His eyes started to flicker a vile flame about them. The dark was practically radiating off of him; So much so that it might make any other Fae nearby aware of him; This was the curse of being a whole different kind of Fae. The kind that didn't even want to be a Fae in the first place.
"Why not take everything from them and feed them to the wolves?! Or is your mortal existence not capable of such a thing?!""
His voice suddenly changed, not sure of who it was but he was pretty sure it would ring a bell to Tipson. All he needed was one little peek into his mind and he pulled out something.

"... Think about it mate." Braxton snickered loudly, finally lighting the cigarette he was clutching between his fingers. "Is that enough of a game for you, Tipson?" He huffed as he lit the cigarette and took a rather vicious drag.
"You better start entertaining a bit better, or I'm afraid I'll have to simply find better company. Gods know the lady of the house has staff that I could always snatch up.."
He faced toward the horizon and exhaled his smoke in a slow and methodical manner.
"Also, no husband at home? Sorry. I'm not on the list of options. Far too busy to think of setting roots down."
The idea of having someone he could do whatever with was nice, but why bother at this point? He was trying to get out of Vitani's shadow. All he was ever known as was 'Vitani's Henchman'.
"Oh it's that Braxton fella, isn't he the man servant for that saucy, rich blonde in the snooty residences?"
He even said that out loud with no care at all. Not that this idiot would even know who he was referring to. But he was mocking the tone of the woman from earlier, which is what he planned all along.

You build up the suspense and then you drop it and shatter everything. That's how this works. Well, at least for Braxton it did. The Brit was bored at this point.
. "So what do you do? The person that claims they're a thief but really you're a petty thief, and only go after the expensive rubbish and pawn it to a fence? Drug dealer? Cheap gigolo? Some sort of barista? Come on. I need the details. Entertain me, for God's sake, mate. I'm dying over here."
He puffed his cigarette realizing he missed everything else this man just said, but he also didn't really care at this point.
"That cheap suit is telling me you're something that doesn't pay well, isn't lucrative. Or you're bad with your money. I lean towards all three."
The Brit lightly tilted his head and cast a villainous smirk at the mortals' direction.
"So go on then... You have the floor."