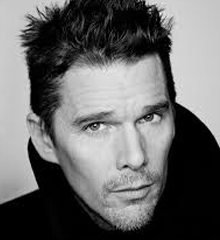 Name
Arden Arlen Wick
Nicknames
A Few Old Friends Would Call Him R
Date of Birth
Sunday, July 14, 1974
Age
46
Gender
Male
Species
Human
Ethnicity
English
Natural Hair Color
Dark Brunette
Predominent Eye Color
Green
Height
5'10"
Sexuality
Heterosexual
Living
Unknown
Face Claim
Other Information
History- When Arden grew up he could never be considered a lucky kid. His dad was never in the picture As far as Arden remembers. He never lived in one town for more then 2 years. Despite all this Arden's mother made sure his education was the best she could afford. Arden, while not always the most obedient of children, took to learning very well. When Arden was sixteen his mother was killed. She was eviscerated. The authorities said she had been attacked by a wild animal. Arden was taken in by the system for his last two years of being a "minor". Arden still not over the loss of his mother joined the military. It was just the kind of grind stone Arden needed. He proved quite valuable over his 12 years in the military. He earned quite the high rank for his time, but his service was cut short as an explosion ripped through the vehicle Arden was inside of. It took his eyesight in his left eye, and left nasty scaring around the eye. The military thanked him for his service, and settled on giving him a monthly stipend for the rest of his life. Upon arriving back from the military he decided that he would do the only thing he really knew how to do, as a civilian, and that was travel. As he travels he tends to offer his services as either some form of protection or a handyman. The odd jobs with the small stipend tends to mean he has little to worry about money wise. Sacrosanct is just his newest stop, but maybe it could be something more? Personality- Arden is generally a fairly cheerful individual, but if you look past the nice smile you will see he watches every movement like a hawk. He may act nice, but his trust is hard to earn. He doesn't care to be pitied for his missing eye. He is always one of the coolest heads in the room no matter whats happening. Arden also has an inherent distrust for non-humans. He hasn't met one he can trust yet, and he doesn't believe that will change, He also believes a were was responsible for his mother's death. Psychical Description - Arden is only five foot ten inches tall, but he is build of developed muscles. He isn't overly large, but keeps himself strong. His dark brunette hair has patches of grey here and there, but they are relatively small. His face is kept clean shaven at all times. He wears an eye patch over his left eye. The eye patch is large enough to cover most of the scaring around his left eye but not all of it. His hands bare a few scars, but are surprisingly not calloused. His standard attire is a button up Hawaiian shirt, and a pair of colorful shorts. Arden tends to let himself have medium length hair. Short enough to not be a issue, but also nowhere near a buzz-cut.