now i'm feeling hopeless, i ripped up my prom dress 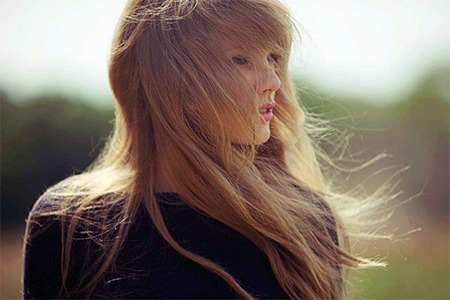 once upon a time, a few mistakes ago
i was in your sights, you got me alone
and when i fell hard, you took a step back
As Piper broke the silence that existed between the two of them, she was suddenly aware of just how concerned she was for the way that Alistair might perceive her very being. It was no secret - especially now that she had so willingly voiced those thoughts across the table - that she was interested in him. And sure, perhaps she thought she could change his preconceived notions about who she was with just an hour of his time, but it was more than that. It was this silly, ridiculous notion that his opinion of her mattered somehow. That even if they left this table and never saw each other again, he would know that she was more than the ditzy shopaholic that had quite literally fallen at his feet. But, she was certain, their meeting would result in another one. She just had to impress him first. All she needed was an hour. An hour to convince him that she was not exactly as she seemed. An hour to convince him that she was worth his efforts.

She was hardly sure what she expected when those emerald eyes turned on her after her declaration. The surprise that glinted across his features was not wholly unforeseen, and yet was it that surprising that she might have found some interest in him? Those words that followed were the ones that might have been offered to a small child, the gentle tone warding off any sort of fit that the young woman might seem to make. Perhaps there should have been hurt at his rejection, and yet there was a flash of stubbornness in the young woman's eyes as she let her gaze slide to the window, those carefully chosen words laced with that need to impress him, to show that she was intelligent, graceful, funny. All the things that she hoped that he might be interested in. His startled reaction to her leaning in closer to him should have halted her words, and yet she continued, insisting that she wasn't the woman that he might have thought she wanted to be: some princess locked away and waiting for someone to save her. Poppy and Percy were those girls, but not her. She was... different.

Satisfied that her point had been made, Piper leaned back in her seat, content to allow him a moment to respond. She watched patiently as he shifted, his lean arms crossing over his chest as he relented that she might have fifty-eight minutes to get to know him, and him to know her in turn. The bright smile that began to spread across her face was halted by his next words. She was... demanding? Her composure faltered as her crystalline irises looked up at him in surprise. Surely, that wasn't what she had meant to give off to him. Quickly, Piper considered the words that she'd offered in the last two minutes and... ah.

But that wasn't what she'd meant. That wasn't her.

Piper's protests fell silent as their table was approached by their waiter. Though the man shared his name in his greeting, it fell upon deaf ears for the young woman as her mind raced to find a way to salvage the terrible impression she was leaving upon her companion. In fact, Piper barely paid the man attention until his words were directed at her, and only then did her blue gaze flick up to him. She'd clearly missed his question, and the young woman felt a blush creep into her cheeks as both men's gaze fell upon her.
"I... I'm sorry, what?"
"What can I get you to drink, miss?"
"Oh! Sorry, um," Piper offered a nervous smile as she thought. "Tea, please?"

Piper watched the waiter walk away before her attention came back to her Dark Hunter. "I'm so sorry. I didn't mean to come across that way," She reached up, tucking a lock of her hair behind her ear. "I have a bit of a... sore spot for people thinking I'm an idiot." She offered him a nervous smile, pausing slightly as she considered how exactly to explain the thoughts that went through her head, the rapid way that her mind fought against the expectations that had been placed upon her as the third daughter, the younger sister of two women who exceeded every notion that her rather old fashioned parents placed upon them. What an embarrassment Piper must of been to them, to be the headstrong, ambitious girl that chased away every man that she had ever been interested in. Wasn't that the whole reason her past relationship had crumbled? Dawson had wanted... promises, commitments, rings, babies. Piper had wanted a Master's degree and her own business.

"I'm the youngest of three daughters," Piper explained, even if she was positive that any care that he might show was simply for the sake of politeness. "My parents had pretty clear ideas of how they expected our lives to go. My sisters followed the plan. Poppy, she's the oldest, she married her high school boyfriend a year after she graduated from high school. Two kids, a third on the way. She stays at home and dotes on how great it is to be a mother. And then Percy - yes, I know my dad really likes 'P' names, I heard it all the way through school - married Shiloh when she was a... junior in college and then she stopped going. They have two kids, too. She works part time at a preschool so that her kids can 'socialize'." Piper paused, making the necessary air quotes with her fingers, though she resisted the urge to roll her eyes as she explained her perfect sisters and their perfect lives.

"And then there's me. I actually graduated from college and then got my master's degree, and I work," She accented the last word with the same disgust that she'd heard so many times from her eldest sibling. "I own my own business and it's successful and somehow that is less important to my family than the fact that I'm twenty six and unmarried." She looked up, hoping that she hadn't completely bored the Hunter across from her. Her tone was gentle as she continued. "I come off a little intense sometimes, but I just... I don't want that to be my story." And really, it wasn't that Piper didn't want that life. She loved her nieces and nephews, craved for someone to look at her with that stupid, 'over the moon' look that Shiloh used when he looked at Poppy. But couldn't she have both? A career and a love life? Be intelligent and beautiful? Successful and soft?

"But I also... I don't want that to be what you think of me, either." She said finally, her gaze dropping to look at her menu. "I want to have an hour to get to know each other, because I..." A blush crept into her cheeks as she considered how embarrassing it would be to admit this out loud. "I haven't stopped thinking about that night. I haven't stopped thinking about how... exhilarating and terrifying and wonderful it was. And I've wanted and hoped that I'd get to see you again." Even despite everything, Piper couldn't deny that she believed in magic, in fate, in true love sometimes coming in the form of angsty Dark Hunters who didn't want to give her the time of day.

"I um, okay," Piper said after a moment, fighting the blush that lingered on her pale skin. This was... could you call it a date? She should try to let him in, right? "I've never been here before, and in a moment the waiter is going to come back and I have no idea what is good here. Would you recommend anything in particular?"
i knew you were trouble when you walked in
so shame on me now
piper aldersley