I dance with demons on a high wire;

Alexis' words drew a hint of rebellious fire within her gemstone eyes that narrowed on the woman, the only indication of her irritation as she recalled that night. The man she had hauled out of the arena was over twice her size and she had struggled to drag all that dead weight out of that ring on her own. She refused to look weak in front of them, far too proud and cocky to admit defeat. She could still remember the way he has slipped from her fingers, his heavy form tumbled to the ground, reduced to a helpless heap. The only thing she could prevent, was his head not hitting the ground first. He was already beaten and bloody from that fight, surely an extra bruise was nothing to heal. The way Alexis made it sound like was that she was fucking Hercules or some muscle man that she slung over her shoulder and tossed aside like some trash. It was physically impossible, even with that iron resolve she had. Even with her growing powers, she was still petite even though her resilient spirit did not match such a tiny body. There had been plenty of people far more equipped to manage such a large man and yet no one even moved, not even a word besides that critique.

The raven-haired woman drew in a steadying breath, it was long ago. It hardly meant anything now. That woman kept more than a healthy distance. She had enough shit in her life. It was far better being the rose without a flower, to use those metaphorical thorns that had kept her alive this long. Already the words rested like bullets on her tongue, but another glance at the nervous woman and she paused. Instead, she shrugged her slender shoulders tensely, as if she could shake only a fraction of the anger she had felt burning inside of her. It would not serve her in this situation. "You and I remember that very differently." Was all she managed to say with a shake of her head. What good ever came out of explaining herself? It was a long learned lesson that opinions, once set, were rarely ever changed. No sweat off her back. That night the Ark had sunk was the last time she had been to the ship. She had seen the new, admittedly impressive ship from afar though, a curiousity that stood out on the prominent western shoreline. She was reminded that she needed to find that leopard, Tobias at some point, maybe she would use that as an excuse to finally check it out. But that was a consideration for another night.

Harley allowed that terse moment to pass, willing to let bygones be bygones. Far more focused on the reason why the were-fox girl was sitting in her chair. Of all the tattoo artists in the city. Why choose her? That mask of professionalism fell into place, although it was like it dragged across concrete to get there and she focused on the tangible. That tattoo. Her job. The only thing that kept food on her table and roof over her head. She was hardly in a position to turn down work of a paying customer and Alexis didn't seem malicious or even mocking in any way.

It was just like that, that the raven-haired spitfire further steeled herself, her spine straightened as that final resolve washed over her, pooling its way inside of her like liquid metal seeking to solidify. She eyed the designs with a professional curiousity. It wasn't what she thought Alexis would choose, not even in the slightest. But how much did she truly know of the woman? The slew of related questions left her lips to prompt the woman to further explain what she wished to have. The mention of its size caused Harley's own resolve to break from the genuine flicker of surprise that flashed across her face. That was quite large for her first time.

Harley was much too astute to miss that the woman seemed eager as she explained, what the tattoo artist thought was a set determination. A short pause as she considered the woman's wishes. Such a large piece would undoubtedly be... fun. She couldn't lie there. There was always a secret enjoyment to be able to possess a blank canvas... especially when so many of her clients were already so heavily tattooed. Finally, she dipped her head in a conceding nod. "It's huge. It might take a few sittings depending on your tolerance for pain under the tattoo gun. It will look cool as hell when it's done though." Harley's violet gaze lingered on the woman a little longer, already envisioning something within her mind's eye and yet those two photos were conflicting. One was the symbol of life and the other... death. The silk wrapping around the base of that tree seemed to bind the two together.... But what did it mean?

It was that thought which prompted Harley's question to ferret out that meaning, after all, it could change the whole look of that tattoo. While many people got all kinds of meaningless tattoos for the sake of fashion or just because they looked cool... this didn't seem like the case. Alexis began to share her story, Harley had fallen silent to listen to the woman. Well... that was unexpected. The raven-haired spitfire hadn't expected any of that. Regardless of that give-no-fucks demeanour, it seemed to cause a shift within her all the same. Her features softened a touch in the wake of curiosity that was brought on from the story she spoke of. Everyone seemed to have their own version of that defining story. The one that helped shape them into the person they were.

"It sounds to me like you have lived through some heavy shit." Harley's words decided with a short pause.

"I won't lie to you. I think you are in for a hell of a time. You might hate me and curse my name and love me by the time this is through." That teasing sarcasm returned to her once more before she drew a single finger to her lips in consideration. Her shaped, dark brows pinched from her own consideration. It wasn't her job to comment on those stories. It was her job to listen and interpret it into the art she embedded into her client's skin. Didn't everyone have a story? One that shaped them into who they were? Made them act the way they did? How rare it was for someone to even care enough to ask, or listen. Who would have thought that her job would somehow require that of her? Yet how much she could learn about a person just from this experience.

"Soo.. Let me show you what I have in mind. In my experience, most clients would not be able to do this in one sitting... So you will have to let me know if it starts to be too much. But we will keep going for as long as you. You seemed determined.. so let's see what you got. Providing you give me the go-ahead on the design." Which was exactly what the tattoo artist focused on next. She got to work with that room, plopping down on her own personal rolling chair, within earshot. She used those references to draw up that design, a balance between the two exampled that Alexis had brought with her. Ace, deciding Alexis was hardly a threat had already drifted into a fitful slumber. She swore a bomb could have gone off and still he wouldn't move. When she finally was satisfied with her work, the tattoo artist brought that sketch forward, offering it to her with clear confidence in her work and capturing what the other woman wanted. 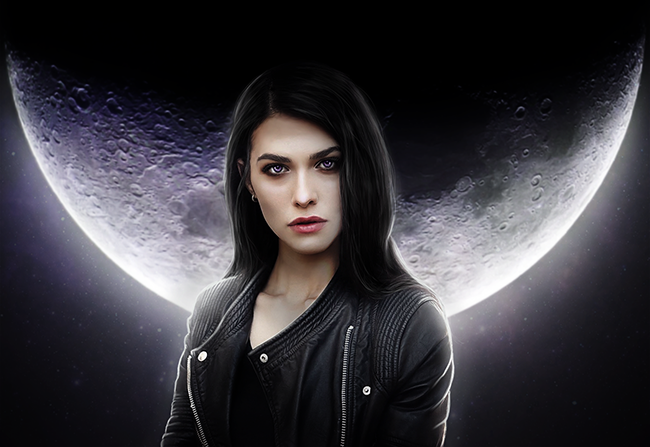