I apologize once again I'm not in love

Regardless of how absurd it was, Emerance found herself wholly captivated by the man in front of her. His mere presence was enough to cause her to lean towards him ever so slightly as she offered him a warm simper. The dull ache upon her cheek was wholly forgotten, nor did she terribly care much about the alcohol she had ordered another glass of. The club itself seemed to fall into the background, the flashing of the lights above merely a distraction that painted an array of colors upon his skin. God, he was handsome. Painfully so. She'd never met someone who made her heart hurt to not be involved with, to not be enveloped in his arms. How far under that sway of magic she had fallen and all the while, Emerance was none-the-wiser. The very sound of her name upon his lips prompted her to nod, affirming it all the while adoring his pronunciation in that distinctly British accent. His question, however, never finished leaving his lips before someone knocked Emerance off her the stool she sat precariously perched upon. A soft sound left her lips as she was pushed forward and against the Englishman in front of her, his arms embraced her as he caught her.

How terribly unladylike it was of her, to fall into his arms already! A soft apology left her lips as she glanced up at him and gently, his hand reached up to brush a stray lock behind her ear. He was quick to brush off her apology, though the vibrant hue of her gaze lingered upon him heavily all the same. He was....so....hot, his friend perhaps even more so. The very thought caused her lips to part, the sentiment so uncharacteristically uttered aloud. Emerance watched as the corner of his lips twitched upward in a smirk. He seemed so...different now, up close. The once aloofness she had attributed as similar to her brother had evaporated to leave an aura of confidence within his wake. She was well aware of his hand pressing into her back, though she was quick to give into his desire as she leaned back into him. He leaned down in the same motion, only for his lips to press delicately against her own. That impromptu kiss, however, was decidedly short lived before someone behind her shoved her in some attempt to get past her. A soft squeak left her lips, her handsome Englishman near snapping at the bodies that suddenly seemed to press in on them. Since when did it get so crowded?

The jade hue of her gaze followed the man in front of her and towards his far handsomer companion. He was near magnetic to the girl, overwhelming even the desires that had blossomed within her for William. How she understood the crowd's desire to simply touch him - to garner even an ounce of his attention! She simply watched in a dazed sort of manner as those hands reached out to him, only for the man she was nestled against to snap at the crowd at large - grabbing one such hand in a flurry of protectiveness that, admittedly, hardly phased Emerance in the slightest. The howl upon the poor club goer's lips wasn't enough to pull her from the sway of magic that had so thoroughly infiltrated her every thought. She wasn't attentive to William's snarl or his shout to his companion. All that truly mattered were the Englishmen in front of her. Slowly, her hand trailed up William's chest as Emerance fought the temptation to touch the stranger behind him - the only one more alluring than William himself.

It was that sensation of William's hands upon her waist that drew the jade hue of her gaze back towards the Englishman before her. A soft sound of surprise left her lips, that spell momentarily weakened as she lifted herself over the bartop and exactly where she was certain she should not be. Still, it was far better to be on this side then engulfed by the crowd that threatened to overwhelm them. No sooner had her feet touched the ground then she turned in place, the jade hue of her gaze immediately found the two Englishmen as one was near shoved upon the bar top. The shout of the crowd filled her ears but all Emerance was concerned over was the man who had only just landed on the same side of the bar as her. She stepped closer towards him, clearly intending to ensure he was okay before a body crashed into her, knocking her into the wall behind her with an audible squeak of surprise upon her lips as she landed upon her butt.

Emerance had little idea of what exactly had occurred to prompt the glass bottles of the liquor to come crashing down on her, the girl wholly dazed from her unexpected position upon the ground. Their very presence, raining from the sky, however, caused a shriek of surprise to leave her lips as several of those expensive liquor bottles shattered beside her sudden impact. She hardly had a chance to ensure she was okay before she was pulled up onto her feet, only to be promptly pushed through a door she equally hadn't noticed was there before the blonde ahead of her stumbled into the relatively small storage room. It was the soft sensation of a hand against her arm that caused her gaze to shift towards William and warmly she offered him a sweet smile. She assured him, and though she was worried about his welfare, so too was Emerance concerned about that of his friend. Without much consideration given to her actions, the girl stepped out of William's reach, her jade irises focused entirely upon his companion as she questioned softly if he was okay. She was hardly prepared, however, for him to step away from her - Emerance together quick to step closer towards him, wholly ignoring the fighting and sound of the pounding on the door in her single minded goal to ensure he was okay. It was his eyes, however, that drew her gaze upward. That once curious shade of blue had almost turned a rich depthless navy. How...beautiful. If only she was aware of the bit of blood that had begun to bead upon the palm of her hand from her brush with the glass bottles - the very scent of which had begun to call to the vampire before her. 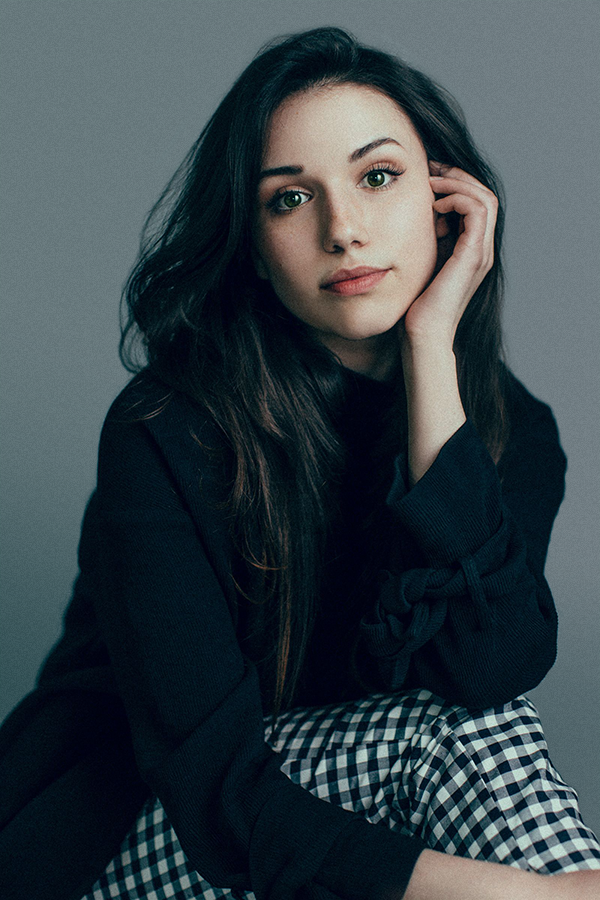