AShe had put it off long enough, and was starting to push the bounds of what her meager saving could sustain. The rent for her apartment was cheap, but it was still due by the end of the month and if she didn't act quickly and find a source of income. As always her mind drifted to the simpler and less legal ways she had made money in the past, and tempting as they were she just couldn't bring herself to go back into that world after what had happened last time. She shoved the thought down as she always did, repressing her issues perhaps not the healthiest choice but how she was choosing to cope. It didn't make things better, but for some periods of time at least she could manage and just keep on surviving which is what she was best at. The impromptu meeting she had with her downstairs neighbor Arlo had gotten her thinking, he had offhandedly given her a few suggestions of places that might be hiring someone with her experiences and she had been mulling it over ever since.

The Ark hadn't been her first choice, it was a magnet for every dark and underhanded thing in the city from what she had heart, but beyond that she had her own experience there. It was one of the reasons she had fled the city in the first place, after her one trip there under the guise of a bystander but with intentions of pulling a recon job for the mysterious Frost and the task he had hired her for. That night she had met quite a few inhabitants of the Ark, including the target the job was aimed at as well as the talisman he had been hunting for. After that she realized what that job would require and possibly cost and just why Frost had been so willing to pay her what he was to do it. At that point it had been easier to cut and run, which she had mailing the money he had paid her up front back to the white haired man and getting the hell out of dodge. It hadn't worked exactly as she had planned, not long after getting herself tangled in a web that had taken years to untangle, but at least she had escaped.

Now here she was again staring at the towering structure of the Ark bathed in the late afternoon light as it rose like some ancient monster out of the harbor. She had considered her other choices, but honestly the Ark seemed like the best bet for someone of her kind to find work with few questions asked. It was always busy too which meant a good flow of customers and tips, and in the end it was that which tipped the scales and made her relent and accept it as her best choice. So she had scrounged around in her small closet full of clothes that almost didn't fit her anymore and tried harder than she had in a long time to look presentable. In the end she came out with a dark washed pair of jeans, a short sleeved blouse that billowed enough to not show how baggy it truly was, and her curly blonde haired pulled half back so as to be out of her face but still covering her neck and back. With the addition of light makeup she had decided that was as good as it was going to get, not that the Ark really required one to look their best, still she knew first impressions always counted.

It was early on a Friday and she hoped to arrive before the crowds started pouring it for the night, judging by the lack of a line at the entrance she assumed she had managed it. There would be enough people that her presence wouldn't be odd, but not so many that talking with the manager or whoever she got a hold of would be awkward. The one night she had visited before had been a mad house and she was counting on that along with the fact that no one within had seen her outside of her shifted form to delay there being any connection. Not that anything had happened, but still she was glad to at least delay anyone connecting those dots. With n almost resigned sigh she steeled herself and made her way up the docks and to the entrance, a nod at the door guard all that was required before she was ensconced within the metal belly of the metaphorical beast.

She made her way slowly to the bar, making sure to stay out of any restricted areas this time around not willing to make the same mistake twice. Relatively quiet as it was that wasn't a hard task, she followed the well-worn path to the large, metal bar on the far wall across from the viewing area of the fighting pits. They were empty for now, but she didn't doubt before long as the throngs gathered it would be filled with willing participants, which was something she didn't quite understand. Pushing the thought away she walked up between the stools that stood waiting expectantly for patrons, casting her hazel eyes down one end of the back bar to the other. Those bluegreen eyes lit up as the landed on a haphazard 'Help Wanted' sign, a soft smile tugging at her lips as she thought for once fortune might be in her favor tonight.

It didn't take long for the current bartender to notice her as he dried glasses mechanically, walking over with a towel slung over his shoulder she waved off his question of what she would like to drink. She reached for her southern charm, flashing him a smile that she hoped would put a pep in his step as he stepped into the room behind the bar into which she couldn't see. She still felt nervous, old wounds being slow to heal, but this was business and she was sure that was something she could focus on instead of all the other things that threatened on the edge of her mind. 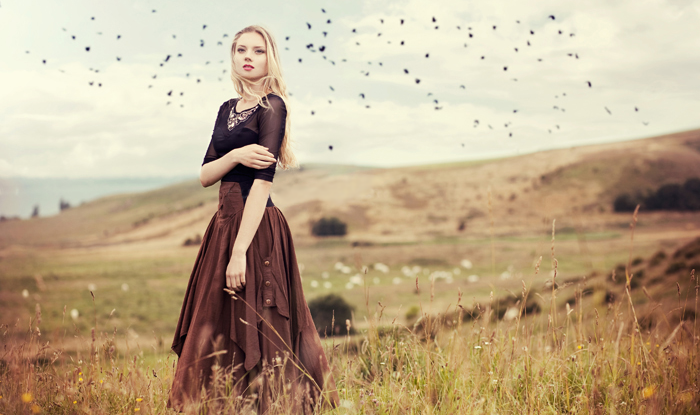