I'm not your voodoo doll; 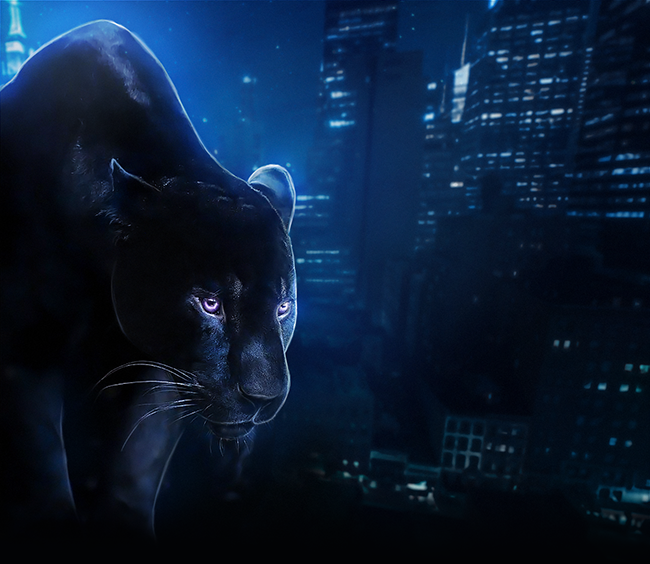 Darcy pushed Harley closer and closer to a limit with every aggravating tap upon the top of her skull, as if he urged her to bite at that very hand. Yet to do so after she used him for safety and his favour now that was not counterproductive. Then to mention the death of that serval had stolen the wind from her once bold and defiant sails. She was left with nothing but to endure this harmless but irritating torment of tapping. She sealed herself even though her tail lashed wildly in agitated warning, the panther hardly in control of the damn serpentine thing. It was like it was an emotion meter. Any other given moment she would have been fascinated by it, that newfound appendage was probably the most entertaining part of being feline. How she fought the urge to turn her dainty feline head to peer at it with a peculiar fascination. At least it was that thought alone which bid her some time before that tapping ceased, unceremoniously. She was immediately rewarded with the removal of his hand along with that promise that had replaced any other emotion with a glimmer of hope. She would have been a fool to take on a vampire, especially this particular one at his word and yet... All she had to do was shift back and fabricate that tale. It was simple and well within her reach and capabilities. In a moment, she did just that, even though the shift back to human form felt unpleasant. That unbidden sound left her lips indicating its lack of ease. She was content to be afforded with a semblance of privacy as Darcy seemed content to eye his handiwork of shooting Ruben right between the eyes. She swore he wore a smug look as if he took pleasure in seeing the other vampire in such a state. She clothed herself as quickly as her tired body allowed. Would that shift get any easier? Tetradore did so with such seamless ease.

She leaned against the cages, attempting to look casual instead of exhausted. Vampires enjoyed weakness, after all, to seize upon an opportunity like a predator instinctually sought out their prey from the pack. She would need to practice. She would need to hone and sharpen her skills faster than she would if she simply allowed them to come to her naturally. Perhaps that stubbornness could be put to good use. If only to make her not so weak after that shift.

It was interesting, for a rare moment in time, between them existed something that almost resembled peace. Darcy's agro meter hovered between the green and yellow... it was lower than his usual. Perhaps having someone to shoot had given a target to his usual tendencies. Someone better capture that very moment, or no one would have believed her. That clan of cactus very rarely ever shed their prickish nature and for once she was glad for it. She would have been able to do little to fight back after those vulnerable moments after the transformation of her body was complete.

It would seem that he was pleased enough with her, at least at this moment in time. If only he knew of the truth of her involvement and further sabotage of his little investigation, it made it all the sweeter. That question about Ruben was surprisingly answered with an actual response, hell she even learned something. A little slice of useful information. A regular bullet would not kill them, not even if she shot them in between the eyes. Interesting. She mulled over that little morsel in her mind. Vampires were basically the cockroaches of the supernatural... they were durable, obviously, perhaps even the apex predatory on this sphere they called a planet. But to survive a bullet hole to the head, it just defied nature.

Maybe she should.... Acquire some more silver bullets... like that would be enough. She wondered for the briefest of moments if her affinity for metal would work on the toxic, burning silver that her species and his seemed to be severely allergic to. Something to consider at least.

Just because they were suddenly chums for a grand total of five seconds it did not mean she wanted to linger any longer than she had too. Perhaps his far more favourable mood would work to her benefit. Fuck, she even asked... really nicely if she could go. Smug bastard took his damn time in answering her as if he were truly debating her freedom after all of that... or maybe he was just content to fuck with her. She peered at him unflinchingly. Alright, maybe she flinched a little. There were any number or transgressions he could have seen fit to decide to punish her on. How cruel it would have been to go back on his word and yet, would it really be all that surprising? Vampires played a cruel sport, simply because they could. She hated how he toyed with a fang with his tongue as if... there was a contemplation of using... them.

It was the sweetest words she had ever heard from the vile southern vampire. Who at the very least kept his side of the bargain or the illusion of it. Don't need to tell her twice. She bit her tongue, harder than she had to as she made her way to the exit as if not trusting her own ability to let chill vampires be. All while being careful not to step in that glossy blood that pooled around the broken slender vampire on the floor like a grisly halo without an ounce of guilt. Overall, it was not bad for a night in hell. She had placed her own enemies on Darcy and Risque's radar while keeping her own name and Matteo's safe and sound. How the hell that French fae managed to pull off one of the greatest stunts of the year, unscathed. The man was a mastermind, no doubt about it.

She swore she felt Darcy's eyes bore into her back as she slunk off, even despite her wandering mind. It was the sound of her botched up name that caused her to stop her mid tracks, just making it to the heavy enforced unlocked door, her hand suspended at that very handle. Oh, fucking hell. A dread so sharp, that could have stolen breath seeped within her so dreadfully deep. Like she might as well have been pinned in place beneath a feline's claw. She lowered her hand to her side, peering over her shoulder, her long raven locks acting like a figurative shield. Harley's eyes sharpened into an unimpressed stare. She knew promises in the place were hollow, brittle things. Everything here was all just figments anyways. Had she been a fool to believe him at his word? How she hated her botched name on his lips. She gave up even bothering to correct him. How she hated that she needed to rely on someone else's permission to leave. Or not, in this instance. Two twisted little names uttered in the same sentence. He was really trying to irk her wasn't he?

Harley could hardly help that bitter laugh that escaped her, focused on what he was trying to say rather than those names that meant nothing to her. What was it? Sticks and stones or some shit. Was it better for her well being to behave, to follow orders like a good little pet? Probably. But that was not her... and she refused to lose all of herself in this madness if she could help it. There had to be another way. While those worlds still held a little of that sarcastic edge, it lacked any of her usual bite. It was honesty, at its finest, something that the void creature would never value. He could suck a roach if that somehow earned her a place in those cages and yet she somehow knew that was not her fate, at least not tonight. She said nothing more, perhaps wisely so... Without even a goodbye or a wave of her hand. But neither did he. Harley wasted no time in leaving that dejected room of cages, leaving Darcy and his... corpses behind and into the welcoming but heavy silence. With every step closer to freedom she heard the faint thud of music, that party had not stopped, if only the ignorant knew what happened just below them.

With each step away, she felt an ounce of strength return to her as she climbed those final steps and dodged the clubbers to make it out into the dead of night, somehow, unafraid of the monsters she knew that lingered out there. Freedom at last. That at least was something to celebrate. It was a win for the good guys, well sort of...

better to fight for something, than live for nothing