forever is the sweetest con

that i was enchanted to meet you

Samantha should have known that the peaceful day to day life that she had begun to live during her pregnancy would come to a crashing halt.

At first, Samantha had attributed the funny feeling in her stomach as a weird side effect of simply being with child. After all, it wasn't as if there were any books to read on the topic of faerie pregnancy when the mother was an empath. As the weeks passed with her child growing inside of her, the fae certainly thought she was losing her mind. It had been years since her powers had raged out of her control, and even longer since the last time that she had considered her affinities a curse. Samantha had learned to wield her powers like the gifts that they were, and before she'd found out about her child, she'd even learned to handle the throbbing in the back of her eyes that came from that onslaught of emotions that the world seemed to throw at her. Gone were the days of the young woman hiding in the parks after sunset if only because she wanted peace. Gone were the days that she had shied away from her own kind as if she was somehow lesser. Before she'd gotten pregnant, she'd even considered herself strong

But as her child grew and the weeks passed, that strength waned.

It had been small things at first. Headaches from small groups of people. Her affinities creating inappropriate things from her own emotions - shadows, bubbles, and even a rainstorm after one particularly bad nightmare. Small things that Kit had tried to assure her was simply due to a change in hormones. And if that was all it was, Samantha might have been able to ignore it. But those spikes in her power only continued to rise, the pain worsening, and that feeling of control further slipping from her fingers. Those bursts of unpredictability continued to occur with an alarming frequency. And any sense of content that the young woman might have felt regarding her pregnancy was quickly fading. How quickly she wanted to have her body back to normal, even if she still had months to go and no hope that anything would change anytime soon. In fact, it only seemed like it would be continuing to get worse.

Kit had chosen to run off and do... something... with Troy. He'd specified what, and yet Samantha had hardly heard him. Instead, the young woman had been in bed despite the late afternoon hour, the fluffy white of her bedding pulled tight over her head in some desperate attempt to block out the world. Her head felt as if it were splitting open from the inside and her vision was spotty from the pain. She knew this feeling - or at least a lesser version of it - well enough. It was the feeling of crowded bars and overflowing restaurants. This was the pain that Samantha associated with too many people at once, with their emotions all desperately trying to fight for her attention. But none of that should have been happening, at least not now. Samantha was alone, and had been for hours. And yet she could still feel them. Sadness from the woman upstairs. Excitement from the man in the next apartment over, who had shared earlier in the week that he was planning on proposing. Normally, Samantha didn't even notice the emotions of others unless she was in the same room, and now their emotions were blinding. She could even hear their thoughts along with their emotions - a power that had previously been limited to extremely close proximity. But it wasn't just her neighbors that she could feel. It was the people on the street, the children playing in the building across the street, store owners from a block away. This wasn't meant to be possible, and yet the young woman could feel them as easy as breathing, their thoughts and emotions as bright as if they were standing directly in front of her.

Briefly, Samantha considered calling Kit. And perhaps she should have. But his emotions shone brightly to her - perhaps brighter than anyone else she'd ever met. No, there was only one person that could help her with this, and frankly, she wasn't even sure where to find him. Their last encounter had been brief upon those Western docks, their conversation limited with the weight of their past looming over them. But he'd helped her so many times before, and had even saved her from homelessness. And his emotions had nearly always been off limits to her. Quick as a hare, Samantha pulled herself from the bed. Every muscle in her body screamed as she moved to dress and her vision was nearly blinded with pain, but still she pushed herself on and out of the apartment. Outside of the protection of her own walls, the pain was tenfold. It felt as if she could feel the entire city! This... this was surely out of the normal range of her powers. This... there was something wrong.

Samantha relied on muscle memory as she navigated her way through the Western district and towards the docks. The path was one that she had walked hundreds of times. Her eyes remained mostly closed, though that did nothing to block out the pain that assaulted her very soul. It wasn't until she'd rounded a corner and laid eyes on the water that she remembered the very circumstances of their last encounter. The Ark had been gone. Shit. How would she find him? She didn't have his number, and even if she did, she'd left her phone on the bedside table in her hurry to get out of the house. God, she was certainly not going to be able to make it home. The pain was too much, too unbearable. Too blinding. Okay, okay, Sam, you can do this, Samantha told herself, forcing herself to open her eyes and see another ship within the docks. The superyacht was not the Ark she was used to, and yet who else would own something like that? The fae navigated her way towards it once more, the pain only worsening as she approached the boat and the patrons inside. The fighting rings of the Ark had always been a painful place for the young empath, but in her current state, that pain extended onto the docks. It took several minutes for her to force herself up to the doors, and Jackal's face was one that she had never been happier to see. He knew her. He'd always liked her. Surely he would help her find the person she so desperately needed.

"Jackal..." Samantha managed, her voice strained. She surely looked a mess. Her hair was unbrushed, her entire being sweaty from exertion. And... pregnant. What thoughts or feelings the Were might have had on the reappearance of the fae who had frequented the Ark years ago, Samantha could not identify. Thousands of emotions assaulted her all at once, rendering the young woman as disabled as her first day in Sacrosanct. "Please get... Aiden. I... I need to see Tetradore. Please." 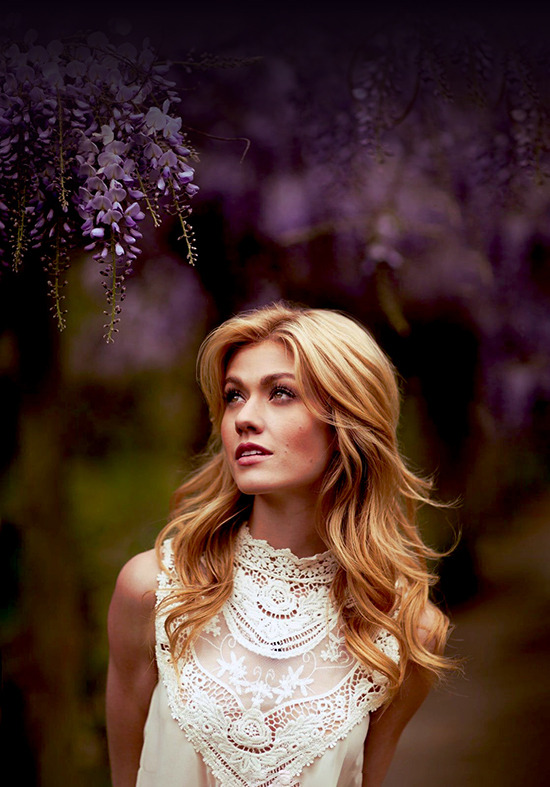