ay, my girl in bangin', she so low maintenance 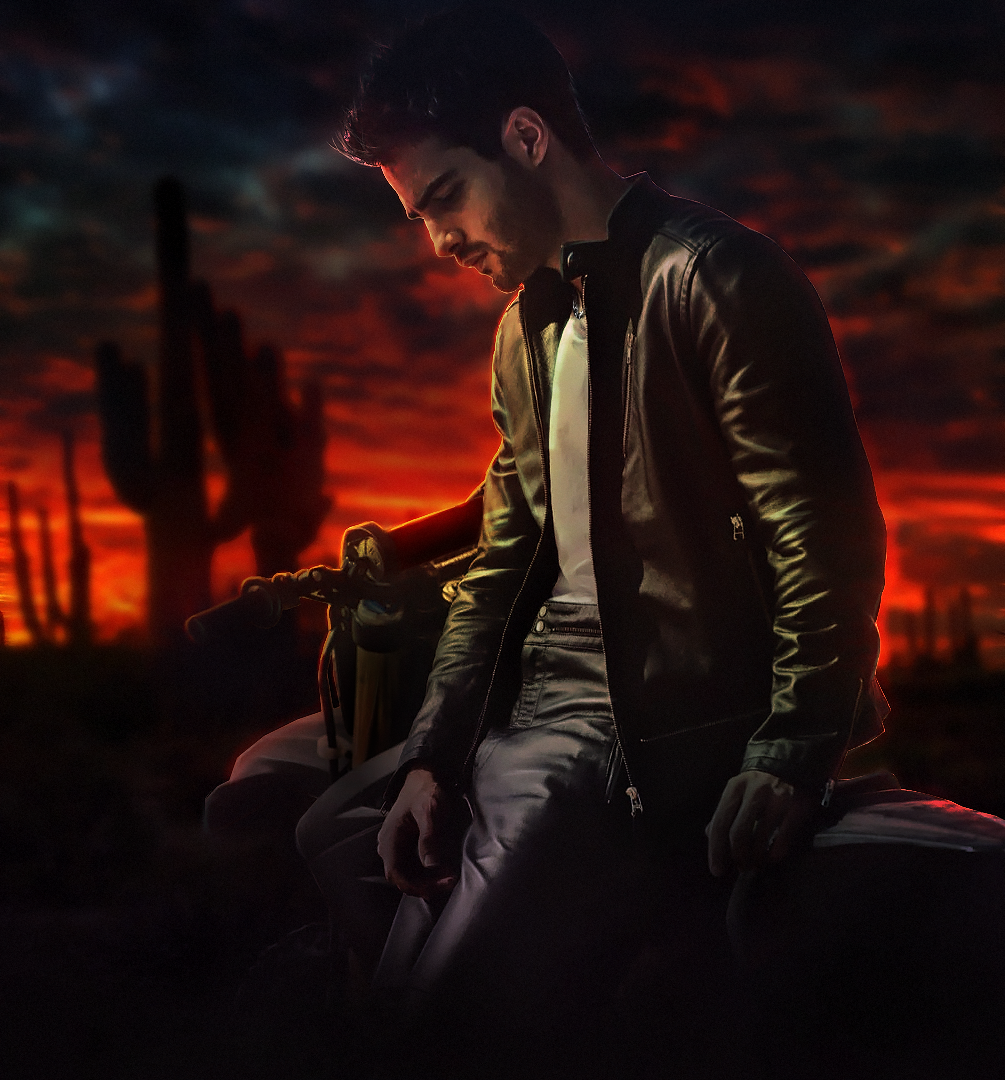 on a steel horse I ride

It was a slower night tonight. Such a thing was hardly uncommon for midweek and yet, for once, Darcy found himself almost oddly....content in the lesser crowds that still moved like a living swell within the nightclub he called home. The vampire leaned easily back within his own chair, his boots resting on the polished railing of the balcony he occupied above the main dance floor and bar. This space, above the rabble, had always been his own. That balcony was strictly invitation only and largely occupied with those card tables that had long ago earned him his very name. Tonight, however, lacked any decent competition. The cowboy so hardly bothered to play more than a few rounds before losing interest entirely. With Risque in meetings most of the evening the southern vampire found himself merely inclined to simply watch over the empire he had built with his mate as the music thrummed in a rhythmic beat and the glass of blood within his hand was drained of its last few succulent drops. He was sated tonight. Content. Almost lazy. A truly rare mood for the Ravager whose very species so struggled to achieve any sort of prevailing calm. Tonight was a true rarity in every sense.

It was the faintest flicker of red in a sea of black and leather that prompted his mismatched gaze to shift away from the DJ below and toward an individual whose scent was almost as jarring as his outfit. The damn fool looked as if he was here to sell bibles. Ha. How he might have enjoyed such holy testimony if only for a little amusement. Darcy's tongue traced his every pointed tooth almost nonchalantly, his unusual gaze lingered upon the man for several more long moments. What was that smell? It was familiar and yet....not. Its unique odor detectable amongst the every present smell of feline that dominated Syn in its entirety. Even if most beings (vampires and weres aside) seemed oblivious to its presence. Surely that man couldn't be...no, such a thing was almost too ludicrous. A singular lift of Darcy's hand was quick to bring one of his employees to his side, his head nodding down and toward the red-shirted choir boy seated hesitantly at the bar.

The younger vampire's gaze shifted, eyeing the red-shirted fellow beneath them before he nodded. Yeah Darc, smells like a dog. A soft and yet sharp snort of amusement so managed to force its way from Darcy's knows. Surely a dog hadn't just waltzed its way into Syn, had it? How amused his lover would be to hear of this story later. Hmmm. Perhaps he should keep the puppy for her. Perhaps she might like to make a toy of it for her felines. Even Princess might enjoy that. Darcy's own lips parted once more, those words, however, seemed to halt upon his tongue as the fellow below ordered a drink. That unmistakable Southern accent was almost as thick as his own, even if it lacked that veritable drawl his own words seemed to be lathered within. A southerner. In this city? It had been a damn long time since he'd run into one of his own. Perhaps the canine's evisceration could be....delayed a moment.

Darcy's figure rose smoothly from that chair then, the tall, toned vampire so easily making his way down those stairs and onto the main floor, that crowd parting around him like water agianst oil. No being amongst them willing to impede his progress as he moved to lean easily against the bar beside his new companion. That curiosity upon his eternally youthful features was surely clear.

Those words were far more command than they were request. Darcy, in that moment, so hardly bothered with an introduction as he merely waited for the command to be obeyed. A faint hint of amusement tugged at his features once more, his lip lifting with that gesture. The faintest hint of fangs peering beneath that entirely...unkind simper.

"It been a damn long time since I 'eard a voice like yar's. Where yar from den? An I ain't askin' 'bout which church yar tryin' collect for in dat outfit, eh."

His figure, for now, remained entirely...neutral. Darcy entirely content to debate on just what he thought of his fellow Southerner. His features, in turn, giving little away of those thoughts that turned behind his gaze as his eyes roved over that....outfit his companion wore once more. That judgment, perhaps ,entirely and silently implied.