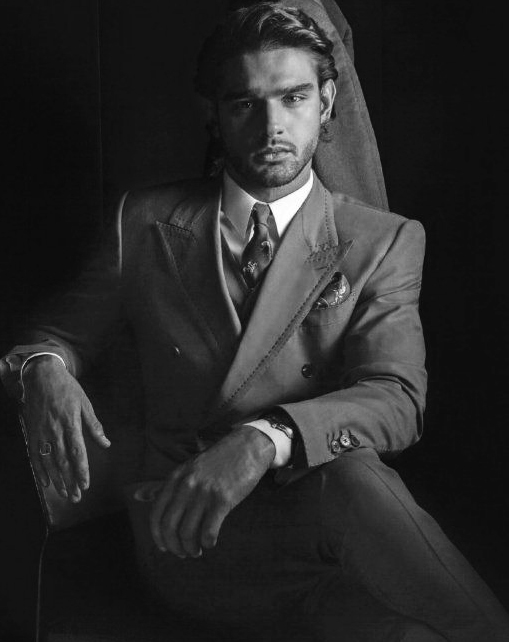 You can't see but I've become a monster

It was strikingly peculiar to be back within the depths of the very same garden nearly a year later. How different the world had become in such a short span of time. Isolt herself had been hardened tremendously from her kidnapping and torture within the hands of that Witch Coven. It had been...unfortunate that Tetradore had been forced to leave her recovery within the hands of her fiance and yet, Risque's continued presence within the city, and the return of her to his life, had too altered the Were-King from the man he had been merely a year prior. A small frown crossed his features as his fingers deftly saw to the tie around his neck. The time was nearing, once again, when Tetradore would be forced to give Isolt away to the man she had chosen. It was still, he was sure, a cruel twist of fate that she had so bequeathed this 'giving away' portion of the ceremony to him, particularly considering his own feelings for the woman and yet, that once ache that Isolt had left within his heart had become...easier to ignore over the past year. His once solitary life now was filled with souls who both wanted and needed him and, in turn, Isolt too turned far more frequently to her soon-to-be husband than to the Alpha himself. This was surely for the best - a symbolic gesture of the panther's intention to let the vampiress go.

He turned, glancing one final time towards the mirror to ensure that tuxedo was just as it was meant to be before the Were-King left his own dressing area. He transversed with distinct ease through the gardens, hardly providing a singular glimpse to the heightened security that now filled the area, not that he could blame Damon for his paranoia. Slowly, Tetradore drew aside the flaps to the ivory tent he knew belonged to Isolt alone. His emerald irises momentarily watched the petite woman as she stood in front of the mirror, eyeing herself in the depths of the blue gown - including the physical change to her petite figure. A baby. It was still startling to think of Isolt as being pregnant and yet, somehow, it had happened all the same. Softly, Tetradore cleared his throat, tentative to so interrupt the woman's contemplative tranquility. His gaze but briefly met Isolt's own, that warm simper upon her features hardly missed and yet, it was a smile that hardly touched his own lips. That silence seemed to pervade between the pair - the treasure trove of all they had experienced and all that was left unspoken. That inquiry that finally fell from her lips as she clutched at the fabric of her dress, holding it as she swirled in front of the mirror prompted a fleeting simper upon his lips. "You look beautiful, Isolt." The Were-King responded and yet - all of this was most certainly not for him. No, it hardly mattered what Tetradore thought of that dress. She had chosen that very gown for Damon. It was a fact he was keen to remind himself of as she glided towards him with clasped fingers.

His gaze slowly turned down towards her fingers as she revealed the sand dollar resting within her slender fingertips, the seashell dangling from a simple and yet, exquisite chain. How long ago had it been since he had offered her that small shell? When he had had nothing else to give her? His head bobbed ever so slightly as he reached for the edges of the chain. "I think it counts," Tetradore assured her, waiting for her to move her auburn hair from her pristine neck. Slowly, Tetradore moved around her, carefully fastening the sand dollar around her neck where it lay nestled between her bosom. His gaze briefly brushed across the seashell as she turned to face him, her fingers reaching up for his tie.

Tetradore remained still as she fussed with the fabric around his neck, only for her fingers to sweep across his shoulders. The Were-King merely watched her as she fussed with his outfit, only to, quite suddenly, wrap her slender arms around his neck. Slowly, his hands rose to settle upon her waist, the man more than content to simply wait as she seemed to clutch to him. The soft whisper of her voice against his ear caused his lips to purse and yet, Tetradore found himself momentarily uncertain of what to say. After all, her gratitude, he was certain was not well deserved. Nevertheless, the rumble of his own baritone voice was strikingly soft as he muttered in response. "You're welcome." Tetradore felt the gentle sensation of her lips against his cheek before Isolt chuckled, informing him that he was hardly allowed to avoid her now that she was cementing her relationship with Damon. A small, weak simper crossed his lips and yet, truly, she had little notion of what she was asking of him, he was sure. "I'll keep that in mind," Tetradore commented in a truly non committal fashion, as he offered her his arm, prepared to walk her down the aisle to the man who, undoubtedly, eagerly awaited her.