they said fight fire with fire

They Argued My Right To Ascension

The outskirts were, mercifully, quiet today. It had been a dull patrol, if anything, and yet Azrael found that sort of dullness a distinct blessing. The Hunter's shoes crunched softly in the snow as he wandered beneath those trees. The occasional sound of a bird or deer within that undergrowth was all that stirred. His senses had been extended as far as he could push them, casting a veritable net over a wide expanse of that forest and yet- nothing supernatural moved. The Mounted Unit and their WereHorses had been through earlier. Alexander had led that early morning training exercise. Anything supernatural had surely been damn well smart enough to clear out then- leaving Azrael with a mercifully peaceful round this afternoon. The often irritable blond, for once, found his thoughts inclined to linger somewhere other than his work. There was every chance Serafina might have made another misguided attempt at baking. Azrael not above enjoying her misshapen gingerbread or sugar cookies even if he teased her over their lack of perfection and she, in turn, was all the more inclined to throw them at him. A faint simper tugged at the Hunter's lips as he pressed deeper into that forest, his hands tucking into the depths of his pockets as he did. That jacket hid a plethora of weapons and yet- the appearance of being unarmed so often tended to provoke those more predatory species to show themselves. Vampires were always opportunistic little shits. Fae were often equally inclined to be so. Even in broad daylight. Azrael not above anticipating some sort of daywalker.

The Hunter moved to step down and onto a lower path, the man very near inclined to turn back with every intention of submitting a distinctly non-exciting report of the area when the sounds of...something seemed to break the pattern of that birdsong and subtle silence. Another deer maybe? Azrael paused, listening for a moment longer before stepping forward again. The hunter was content to ignore the sounds. At least until those distinctly supernatural senses seemed to seize him. The Hunter abruptly halted once more. A Were. He could sense it from here. Fucking hell. A muttered curse was uttered beneath the man's breath as Azrael abruptly altered his path. A single, abrupt burst of supernatural speed saw the Hunter appear within the clearing the Hyena played near instantly. His golden gaze narrowed decidedly upon the creature. Great. A goddamn predator Were too. Maybe if it had been a rabbit or seomthign equally fucking useless he might have let it go. But a Hyena? One in its Were form out in the open like a moron? That was exactly the kind of being likely to attack a human, to turn them, to unleash a plague of newborn Weres barely in control of themselves upon the city. Azrael reached smoothly into his jacket pocket, that handgun fit snugly within his hand as the click of those silver bullets slotting into place surely alerted the Hyena to his presence. That gun, for now, was hardly raised and yet its position in his hand was clear enough.

"You need to piss back off to where you came from. You're close to the city here. Running around like that isn't exactly sensible. Go back out there to your pack because if you come even one step closer to this city i'm going to put a bullet upside your head."

There was no Hyena Were registered within the city limits. This was an outsider. One he was giving a chance to go back into whatever wilderness she had come from. She hadn't, after all, shown any hint of aggression. Yet. His leniency was a distinctly fickle thing. Azrael's head nodded into the deeper forest that led away from the city once more.

"What are you stupid? Fuck off already." 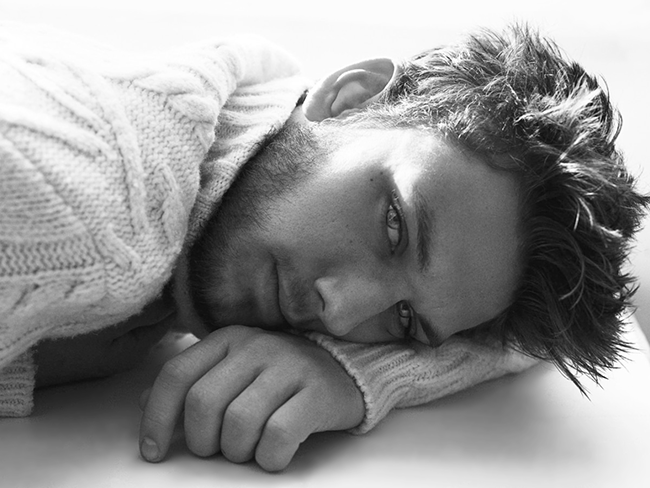