They say your mind can play tricks on you;

Morgan had not expected the vastly older vampire she had approached to take on that all too playful tone, to meet her shoulder to shoulder. His reply about answering a question with another question caused the woman to meet the man's eyes as she mirrored a hint of skepticism. He laid it on a little thick with how much fun it was and that she should try it. Perhaps it was bait that he dangled, to what she wasn't entirely sure even though she bit anyways.

"Am I really missing out when I am obviously incredible at it?" She questioned confidently, the woman was all too happy to preen her own feathers at her own ability to sidestep a question she did not want to answer. Of that she was positively gifted in, or merely had far too much time to practice and infuriate her loved ones even at her mature age. But that was when she questioned his motives, if only just to pry into that all too suspicious behaviour she accused him of. The other vampire hardly seemed perturbed even the slightest. His own reply was almost playful, much like the rest of his demeanour. That was oddly not what she expected from a being so old and yet she was almost glad for this rather than someone so boring and reactive. His own reply caused her to mock huff as he spoke in question with yet another question. He was worse than her!

"I wasn't born yesterday. That is the same definition of staring!" She retorted, even though she sounded and looked completely like the male bartender... She still retained her own feminine mannerisms, as if the only purpose of this particular meat suit was only a little impish fun to pass the time. It wasn't like she was putting on a true performance or had any true motives against the man. She knew it was futile to try when he could so easily tell her species apart from the human she shapeshifted into. Morgan could do so many things but not conceal her lack of heartbeat no matter how alive she may have appeared. That was when she issued her rebuttal! Convinced that he was only pretending to read the paper to 'blend' in, in a place that was impossible to blend. There was nothing normal about it, or him for that matter. In fact, the paper itself was outdated and she doubted he even read a single word of it. She even said as much as the man chuckled at her accurate accusations. Or so she firmly thought they were rather accurate. However, he was quick to reply, only surprising her by listing various topics within that paper.

The shapeshifted vampire all but rolled her eyes in an all too dramatic fashion until he reached the last subject. She could not help but be curious. Oh? She was certain such interesting columns did not exist in her father's papers. "Out of all of that, only one of those topics sounds even remotely.... Interesting." She declared. Only she could not deny how tempting it was to just snatch the paper from him and read that article herself, if only just to entertain herself. How she tried not to show that burning interest to do just that. Attempting to remain dismissive in every way and yet when something garnered her attention, it was so impossible to let it go until the need was satisfied or she lost interest. She saw the way his blue eyes seemed to light up expressively. Maybe he knew, or maybe it was the article that caused that look. Oh, she really wanted that paper now... She had to have that paper.

It was then the blond male posed the question of why she was so interested in her watching him take out the trash. "Maybe I have my own motives? Or maybe I am concerned about loitering. Or maybe like watching people? Voyeurism is a popular pastime, is it not? Was that listed in your article?" Two could play at that game. He continued with his question with a question and so she did the same. Only she highly doubted just how much he truly cared about litterers... or maybe he did? It was so very clear she knew nothing about this vampire besides how easygoing he at least appeared to be. She considered this as he smiled, his own fangs on display as she couldn't help an amused upturn of her own lips as she mused at how masculine this form sounded. It was then that she suddenly spun around to join the much older vampire on the bench, the act was distinctly feminine and how uncomfortable it felt in this particular form. She had to adjust several times, settling on copying the other man's splayed positioning of his legs and relaxed posture, leaning back into the bench. Is that why males sat this way, to accommodate those added appendages? Or was it a show of confidence? She seemed suddenly fascinated by that form and its muscles as she eyed her own biceps, ignoring the facial hair despite it feeling itchy. It was a gentle inspection of that facial hair with her investigative fingers that caused the vampire she had almost forgotten for several seconds to chuckle. His comment about checking her tonsils too was met with genuine consideration.

"There is something wrong with my tonsils? He might have them removed.... They aren't important." She almost felt the need to examine that particular feature... wondering just how detailed her powers worked. Did it change her insides too? That was not something she ever figured out. She allowed that hand to fall to her throat when she realized he was messing with her. "You are making fun of me." Morgan said with a deepening frown, nearly pouting before she shifted her gaze to the paper once more. She hadn't forgotten it... and yet how possessive vampires seemed to be of their things. This could be problematic.

She clasped her hands in front of her as if she didn't know where they truly belonged. The other vampire continued to smirk at her as she eyed him curiously, much to the point of staring before her gaze lowered to his paper once more and back to his all too blue eyes. It was at that very moment that he did something unexpected. Rather... asked something rather unexpected.

What did he get for telling her?

"I will let you choose my next form, people just love that.. Only if I think you are telling me the truth. But all your mystery relies on a little information... Does it? Because then I will just feel bad and that just doesn't happen usually." She allowed her eyes to shift back to a brilliant electric blue, her original eye colour. The shift was subtle and yet impossible not to notice if he had been truly looking at the human bartender even a little. "I also think you have been lying to me though. I don't think there is a flirty article in your paper." She also didn't think he was an environmental activist with a personal interest in littering either.. but first things first. 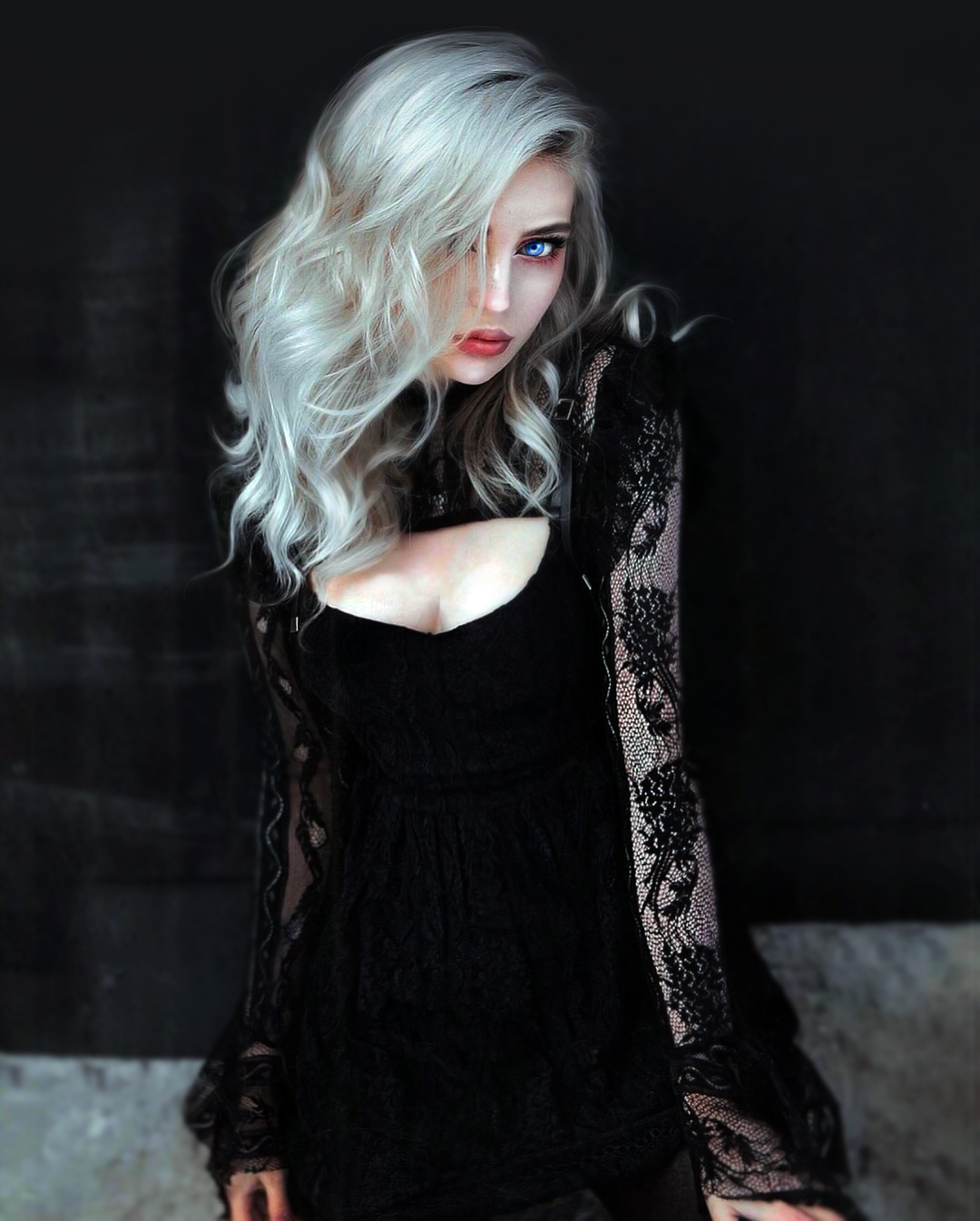