You can hear the weeping violins long before the bitter end begins; 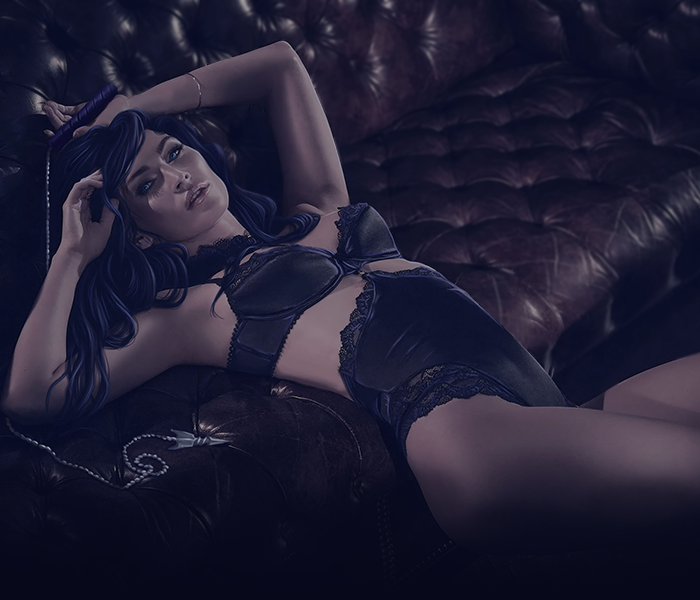 "Strange." Risque face remained impassive, smooth and perfect as she tasted the very word without a shred of empathy. She could not understand that all too human desire to long for a child, it was perhaps one of the easier sacrifices if one could call it that for the price of immortality. For Isolt, however, her mortal life was one she seemed reluctant to give up, those fibers of humanity she so desperately clung to would be what held her back. The she-devil had no doubt that would change time. Time eroded away what 'logic' failed. Her progeny was still so very young.

Although what did this particular problem that she had brought to her feet truly matter to Risque either way? When was the last time she had even seen the woman who now wanted something from her? They always came back. Always wanted something. What did Isolt do beyond take? Beyond try to be a veritable thorn in the she-devil's side. The midnight haired she-devil had gifted her with immortality and for what? If she was not a vampire, would she had not met her mate? Created her sweet little life? Would Isolt trade it all away? Did Isolt not see that she had gained far more than was taken away? Youth, forever ungrateful. Blinded by merely whatever small problem was in front of them. How could the crimson haired woman be so foolishly short sighted? Risque and Isolt were perhaps doomed to not see eye to eye. Especially in this.

It was far too simple a task to pinpoint those very tender weak points upon Isolt when human nature was so very predictable. How sensitive her progeny was to catapult into that guarded state so quickly. That attempt to appear strong in her apathy when she was anything but. How Risque knew that only meant one thing... she was close. So very close to losing that composure, so very close to opening all those wounds that were barely stitched together at the seams. She had seen it countless times before. The masks people made and yet how easily they shattered to dust. Most did. Yet, Risque was perhaps the patient predator when she wanted to be.

How she was not at all surprised when Isolt admitted to the child she had once carried was not Damon's by blood. Was it even of her own? Had that desperation for motherhood been that deep? That sliver of information only made that witch hunt all the more baffling to a woman that had lived countless lifetimes over Isolt's innocent head. How she could see the glaring youth within her and every stifled, unstable emotion she had kept at bay.

Risque could not help but latch onto the way she stammered over her words, the woman practically rolling onto her back, offering her that delicate sweet underbelly. She wondered if she was even aware of the vulnerable position she was in? But Risque did. Those porcelain features remained impassive, unwilling to seize upon it at that moment. Not even as she fathomed all of those flimsy, infinitesimal details in their tedium.

But that did not discredit the fact that Isolt believed the child was hers. It was that belief that she would not see beyond, those figurative blinders sealed in place. Yet how... the feline queen could not help that she felt the snare of boredom with every last contrived to death, obscure statement that left Isolt's lips. Such a shame.

She had heard enough.

Isolt claimed the witches who she wanted were not amongst the coven ranks that had been destroyed. Perhaps that mattered little. The truth of the matter was, at the heart of it was what she planned to do to those witches that had been enough to send her running back to her maker to ask for help. With that impressively tall high horse of her progeny, that must have been quite the fall, almost like an angel falling from grace. It was the prospect of her answer that brought a flicker of interest to those hypnotic eyes, one that was swiftly snuffed out by the youthful vampire's reply. That was all she had to say? With all the anguish she claimed as her catalyst?! Did she think that would be enough to win the vampire queen over when it sounded like the least lustful declaration she had ever heard!? Risque's gaze shifted to the wall then, considering just how many times she had that same wall repaired. Or just how many layers of paint it took to create such a deep shade?

Risque tapped her nails against the smooth surface of her desk she leaned against, those freshly manured fingers polished to perfection that she could use its glossy surface as a mirror. They were sharpened into claws, a nod to the felines she controlled. Waiting for them to dry was more than this mere drop Isolt added to this drying puddle. Surely that wasn't the best she could come up with? Did she really intend to waste her time with answers like this? Was that illusion of the girl's control mean more than the revenge for her child? How disappointing.

How those narrowed pale hypnotic eyes returned to watch the girl with a renewed, unnerving intensity. How the feline queen wanted to hear more, not some vague shallow attempt of what she offered. How she wanted to know just how far she was willing to go to claim her retribution? A mere flicker of promise. The midnight haired devil could not prevent the sound of ridicule slipped free from her in response to that 'In every way' Isolt claimed. "Oh, and what is that? Do you plan to burn down their home? Like you did to mine? Or do you merely wish for an apology from them?" She goads, losing her interest along with her patience with the woman that had the audacity to even show her face here empty handed. "I do not believe you." That saccharine coo was like a poisoned honey.

Isolt claimed this child was 'hers', that she carried her like that was enough. That final question issued, being placed at her mercy once more. To plead. 'Please.' It was a nice touch that seemed to appease her for the moment. How annoying it was how they only ever came when they wanted something, never to offer. Such selfish creatures.

"Those witches took what was yours. They 'took'... from you what you cannot get back." That was all Risque was willing to admit to her loss. "So tell me. If you have your chance, when you are faced with that moment with your witches. What will you do?" Surely that rage simmering beneath Isolt's surface was not a lie. Risque smoothly stood to her full glory, heels clicking against the ground as she crossed the distance between her progeny and herself. Risque hooked a slender finger beneath her dainty chin and forced it up to bring those eyes to her own. "How will you kill them? I want an answer that proves you did not just waste my time. Go on girl, or perhaps we will listen to the beautiful sound your neck makes when I break it. " She mused out loud. It was unsure if Isolt truly knew the being she had tried to enlist to her plight. It was probably exactly the reason why she did and yet... Risque needed more, needed to see just how far that 'angel' had fallen from the plushy white clouds she slipped from in the wake of despair.

Depending on that answer. Perhaps Isolt would finally get her own. 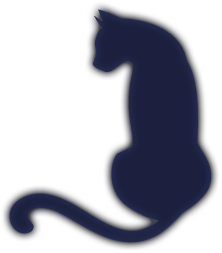