Snippet of history: Blake comes from a large family, one that was very eager to welcome each son. He was the youngest of six children, all from a very successful marriage. Blake was very young when tragedy struck his family, a boating accident on the lake costing his family their oldest son. James. Blake had only been five years old when the accident occurred, his oldest brother fifteen years old at the time he was buried. While the loss affected the whole family, it had the least impact on young Blake at the time. However, while it left the smallest emotional impact on him, it certainly changed the way his parents handled many things. They were very protective over their children, but still try to encourage growth among the boys. Unfortunately, in their strictness, one of the middle boys- Jordan to point fingers- decided to rebel against his parents and fell in with a bad crowd. He spent six months in a juvenile detention center, his mother clinching her grip over Blake. He was the most sheltered of the sons, most of his free-time during the week spent with a private tutor or monitored closely. When he reached his teenage years, she slowly began relinquishing her restrictions on the boy. It helped that Jordan, aside from the six months, â€œcleaned upâ€ his act and had since gone to Harvard for law school. In fact, nearly all of the Holmes brothers had followed their parents into the legal system in some fashion or another. Then there was Blake, the one son that decided he was not going to be a lawyer, cop, judge, correctional officer, victim counselor, or any of those options. No, he wasn't sure what he wanted to do but it was going to be something that wasn't that. So, he packed his bags and moved to a new city with his parents' blessing. They even bought him a house. Snippet of personality: Being the youngest of six brothers also means that, aside from being his mother's "baby", he was the bottom of the totem pole in his brothers' eyes. He was mercilessly picked on by them and learned to retreat into a thick shell. While the brothers get along (mostly) now, Blake is certainly the most soft-spoken of them all. He keeps his thoughts to himself unless they're pried out of him. However, he does like to joke and tease, a trait of his whole family really, but tends to be a bit more serious and reserved. While Blake usually is goal driven, lately he has felt stuck and lost, unsure of what he wants to do. He recently dropped out of college, much to his parents' disapproval, and seems to be searching for something. He's just not sure what. 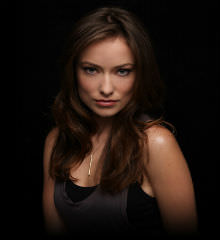