bikini bottoms, larger tops, I could get used to this

How truly satisfying it was to have that large garage space so entirely to themselves. Indeed, even despite Dorian's ability to so command near anything he desired it was distinctly rre for the Monarch to send his staff from any room or to have them afford him any true...space. Yet, Dorian was nothing if not determined to make the very most of that time he so had to spend with his sibling. Indeed, the Fae King had already considered just what activities Aiden might yet enjoy the most in the coming days. The near longing look his sibling had afforded those sunshine filled gardens, after all, had hardly been missed. Matteo himself had mentioned more then once that Aiden was prone to enjoy the simplicity of...lounging about. A concept Dorian found decidedly obscure and yet no less fascinating. Perhaps, tomorrow, Aiden might simply enjoy being left to bask in the heat of the sun amongst the garden of his choosing. Such thoughts, for now, were smoothly cast aside as Dorian crouched neatly down in front of that large area of unoccupied cement, his favoured white pastel plucked from his back pocket as he began to diligently craft those lines upon the polished surface. That image within his mind of just what he strove to create so neatly began to craft itself upon the ground. Dorian glanced but briefly over his shoulder as Aiden continued to examine that vast collection of vehicles and other obscurities nestled within the depths of the garage.

The Monarch was content to leave his sibling to his own devices as he further contemplated just how very obscure Aiden was prone to be in turn. The very notion that Aiden seemed to struggle when presented with too many choices seemed to dance within the depths of his thoughts. Had that been what Matteo had meant when he had insisted that Aiden could be....difficult at times? After all, the more Dorian so contemplated the idea the more the Monarch so began to realise the truth of that reflection. Aiden truly did seem to...dislike, at the very least, being near bombarded with too many choices of any kind. Hmm. Perhaps his brother merely found it unsettling. Dorian so hardly desired for those very words to leave his lips quite so abruptly as they did. The Monarch was near quick to attempt to cover that sentence as Aiden eyed him with baffled curiosity. Whether or not his sibling had fallen for that veritable excuse however was decidedly doubtful. Aiden, in the very least, hardly chose to press it any further as he insisted he had found the very book Dorian had mentioned upon the shelves that lined the mechanics working area. Aiden's own figure crouched down beside him then before the WereKing began to leaf through those pages, pointing out several engines he seemed to find sufficient- even if Dorian suspected he hardly understood just why he had asked for them at all. Those very names the Monarch was presented with however were....unfamiliar to him. His ability in this was hardly so extensive as his siblings own. Dorian so instead merely pointing towards the Jaguar F.

"That one, I think, I can replicate the most sufficiently."

Dorian so hardly offered any further explanation upon that notion before he returned diligently to work, the Monarch's free hand lifted ever so slightly, the vaguest of waves seeming to see a plethora of those lines he had already drawn begin to shift, turn and connect. The Monarch was nothing short of masterful in his command of that painted medium. The very engine Aiden had pointed out was neatly drawn into place as those white lines continued to shift and connect, Dorian moving to add his own additions here and there. The King nothing if not utterly focused in every fashion upon that drawing.

Dorian continued to work diligently as he spoke, the Monarch glancing upward to meet the vibrant green of his siblings gaze before adding those final touches to his drawing. It was only once Aiden confirmed that he was, in fact, a Panther, that Dorian moved to craft the image of that sleek feline onto the cement. The Fae King adding a small and yet rather neat crown to the top of the drawn panthers head before stepping back to eye that.....rather flat looking, obscure, convoluted drawing of lines with clear satisfaction.

"I rather think that will work. Do you like it?"

That Aiden would not, perhaps, be quite able to see the very....vision DOrian had been going for remained to be seen. The Monarch was nothing short of rather proud of his linework before he moved to take several steps back- his hand gesturing for his sibling to do the same. How readily that power seemed to surge within the room then. Dorian so reaching for one of is favoured affinities as he readily commanded that mere drawing into life. Those white lines rapidly began to shape and form, his mere imagination so veritably taking on true substance as the drawing began to shape itself into a very real car. Colour so quickly began to fill those lines, that deep gold so reminiscent of Dorian himself. The smart leather interior was as dark as the polished black tires and too- that black panther badge that so neatly adorned the front, its golden crown a different shade to the car itself so as to allow it to stand out. That sports car was nothing short of sleek, fine, perfectly crafted and so entirely...custom in every sense. How splendid it looked! That this was the first time in which Aiden had borne witness to the true depth of Dorian's affinity for 'art' was all but lost upon the Monarch. Dorian, indeed, was far more eager to run his hands along that polished surface. That car was as real as any other within that garage. It's sleek design near reminiscent of those Lamboginis and yet so uniquely the Monarch's own all at once. Dorian, this time, so glancing back toward his sibling.

"Do you think it will drive well? I have never actually tried to drive anything I've drawn before. Oh heavens, I didn't draw any keys, hold on."

Dorian so readily moved to crouch down beside that car once more, affording Aiden every chance to examine that miraculous vehicle as the Fae king neatly crafted a set of keys before plucking them from the very cement, only to hold them out toward Aiden with clear anticipation.

"I am quite certain it will not explode when we start it." 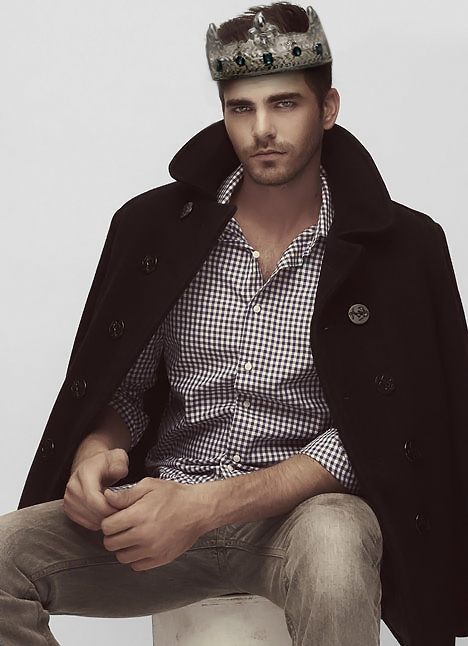