and don't show, any fear

Posted on November 17, 2020 by MATTEO
Residences

no matter where you go, I'll find you

The near ancient Fae paused for several long moments as that bedroom door closed softly behind them. Matteo was content to afford Harley those moments to survey his bedroom. This room, perhaps, by far one of the most private within his luxurious home and one he cared to show truly few. It was an...intimate space, in far more ways than one. That room, after all, was so unmistakably him from the books that rested within the shelves, to the chairs beside the fireplace, the walk in closet and ensuite, to the air of sneakers discarded casually beside the open window that caught the white curtains in the nighttime breeze. The fashion in which Harley's violet gaze lingered upon that giant and yet perfectly made bed was hardly missed. Matteo softly uttered that singular and yet rarely spoken truth. He rarely slept well. He never had. Those visions so often interrupted his sleep and yet, even upon those nights they didn't, his own thoughts were a ceaseless, restless murmur within his mind. A white noise he could rarely quieten. Harley's soft insistence that with a bed like that she had no idea how he didn't sleep prompted a warm, gentle simper to his lips. Oh, how little he cared for sleep here and now. Any notion of rest was distinctly far from his mind as he moved to gently tug the young woman down and onto those pristine white blankets and sheets. Her comment that bed would hardly be perfect for long coaxed a ready chuckle to his throat. Oh, how he intended to make sure that bed was nothing if not entirely well used by the time they were done!

Matteo's lips so eagerly found her own once more, stealing away any further words she might have intended to offer. The taste of her was...exceptional. Matteo assured he could hardly get enough of those sensual kisses. How he so intended to take things slowly, to appreciate every curve and swell and femanine perfection of Harley's sweet figure and yet- how very hard that was going to prove to be. The firelight illuminated her figure, highlighting her femanine form in a warm, near unearthly glow that somehow made her seem all the move...perfect and so entirely his own for the taking. The Frenchman, in that moment, so desired to see only more of what she had to offer. Matteo's fingers slid smoothly down her figure until they caught within the hem of her jeans, that denim fabric effortlessly pulled from her figure as her hips rose to only further assist his efforts. Harley, so finally, left entirely bare before him. How very much he adored that sight! His silver gaze slid with a clear appreciation over her body, those tattoos that danced upon her flesh so momentarily capturing his interest. Those images patterned her flesh so surely had their own story to tell. He would remember that bird with its thorns- if only to query her about it later. No tattoo, after all, was ever done without meaning.

Matteo. The sound of his name upon her lips was nothing short of pleasing, that singular word very near a plea and yet...not quite. Harley, it seemed, was nothing short of determined to deny him the pleasure of hearing her plead. Ah, but perhaps they might work on that later.

That accented word was so deliberately teasing! Matteo so momentarily allowed that near impish simper to find his lips before his hands reached for her, her leg guided smoothly upward and held into position. That very act so seemingly simple, as if it were no more than merely part of that very exploration of her figure he had promised he would partake in. Matteo wholly aware of just how entirely, tormentingly slow he so took that very act. Each sweep of his fingers agianst her heated flesh designed to be as such. Matteo nothing if not determined to separate himself within the confines of her mind from but any man she had been with before. Vampires so surely had their merits as lovers and yet- how often they were rough, hurried and with little concern for true pleasure. The fingers of his free hand dropped lower, brushing agianst her inner thigh before, so at last, finding that very center of her figure. Harley's words were cut abruptly off the moment his fingers found that heated, sensitive flesh. God but even that feel of her was...incredible. That sharp exhale that left her lips was wholly rewarding to hear, her body an instrument he was determined to play, to find each and every place he was capable of extracting those sweet notes of pleasure from. That position he held her within so hardly allowing her to escape those practised strokes. How quickly her figure responded to him, the wetness readily drawn from her figure, readying her entirely for what he intended next.

Matteo's hand gently released her leg, allowing her the return of that control as his lips found her own again. His tongue, this time, seeking her own in that decidedly French kiss. The intimacy of that kiss brought about an entirely new level of sensation as a groan of simple want stirred within the depths of his own throat. Her hands roved across his bare chest, her fingers caressing each firm, hardened plain. Matteo was near certain he desired her hands...everywhere in that moment. The ache within his own groin was becoming near unbearable. That fabric far too constricting for his liking. Harley's figure shifted beneath him, her leg hooking over him if only to suddenly shift their positions- Matteo's back so suddenly pressed agianst the bed with Harley astride him. Hmm, little devil she was! That surprise upon his features however so hardly prompted him to break that kiss- at least not until Harley pulled but gently away to insist pants were not allowed within the bed.

"Ah, Mon Cherie, I had considered the same thing."

Matteo's hips shifted near obediently to allow her to coax his own jeans and boxer shorts from his figure. The removal of the denim displaying just how distinctly hardened his figure had become. That want for her utterly undeniable now and yet how glorious it felt to be free of that material! Ah, but how surely it seemed it was Harley's turn to allow her gaze to brush over his figure. Her violet eyes seemed to settle upon that length of himself before widening ever so slightly. The woman insisted that perhaps she had lied before. That she took back her early words. The Frenchman, so apparently, hardly lacking in but any area. Ah, but how such words so readily prompted that warm simper to his lips once more.

"Oui, you may lay with me any time if you are going to give such compliments as that."

Perhaps he had lived upon this earth nearly two thousand years and yet- to be complimented upon one's size was, perhaps, the folly of any man. Matteo was so hardly immune to the pleasure he took in hearing such a thing and yet- how little time he was given to consider that notion as Harley moved to straddle his figure. Her hand so readily found the base of him then, her fingers embracing him with practised ease, affording him but several strokes of that glorious friction he desired. Matteo, this time, so unable to help that moan of pleasure she coaxed from his throat. His own hips shifted near automatically to find some rhythm with her hand and increase those touches. Ah, but how those tables had turned. That game, somehow, having become her own in those moments as she straddled him further then. The very warmth of her brushing agianst him in a tortures temptation. Her hand pressed to his chest as she lent forward. The strokes of her hand near failing to continue those tempting caresses before her lips pressed to his own again. Her words nothing short of heated as his own breath became so rapidly uneven. That hitch within her own giving away the lie within those teasing words all the same.

Those accented words were little more than a murmur against her lips, Matteo taking her bottom lip between his own, his tongue brushing agianst that sensitive flesh as if determined to steal a final taste from it before his teeth so gently grazed its surface. That, it seemed, but the only warning the Frenchman was content to give of that impending act. How loath he was to cease the sweet embrace of her hand agianst him and yet he desired far more from her. His arms wrapped effortlessly around her, drawing her in and agianst him before so effortlessly rolling them once more. Harley, for the second time, placed beneath him as he desired she be. His form straddling her own. His hands were quick to find her own, drawing them upward as his fingers interwove with her own, fitting so neatly within his. The woman so effortlessly trapped within place. That impish simper momentarily dancing once more upon his lips as his knee gently nudged at her thigh, coaxing her legs to part for him. The silver of his gaze met the exquisite violet of her own then.

How utterly teasing those words! Matteo so barely having uttered them sweetly agianst her lips before his hips rolled forward to enter her. His lips pressed to her own, stealing that soft gasp from her as his hips rolled forward again. Each thrust pressed him deeper into her figure until he was sheathed entirely within her. God that sensation was glorious. The tightness of her figure was nothing short of exquisite. Each thrust of his hips drew those soft groans of pleasure from within the depths of his throat- Matteo near struggling to hold himself still for several moments, affording her that time to adjust- before beginning to find that rhythm. One hand released her own, his fingers brushed over her side, cupping at her butt before settling at her hip, guiding her to match that rhythm he set. 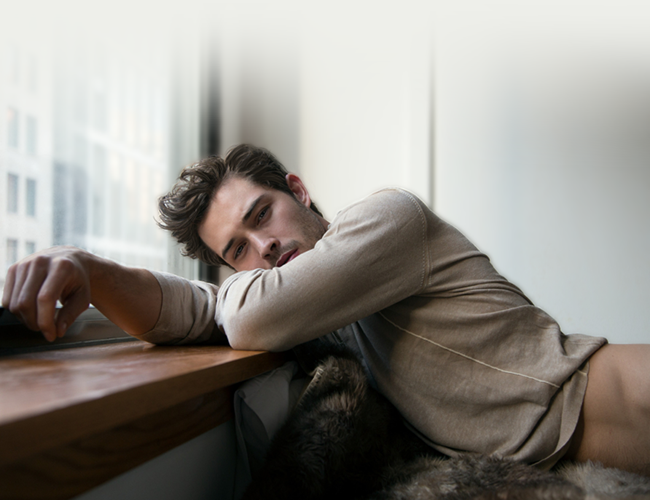