come have a ride, baby don't be so shy

Those dark red droplets of blood were a stark contrast to the fluffy, ivory whipped cream that adorned Sebastian's fork. The flavor of his own life force, at least in as far as his tastes went, was hardly pleasant in any manner, though Arlo seemed to feast upon it as if it was wine from the gods themselves. Time would only tell what Carolina thought of the flavor as Sebastian offered her a slice of his own decadent dessert. He watched as she leaned forward, the very action only furthering the supple roundness of her breasts, the tops of which only just peaked out behind the thin, form-fitting cotton shirt she wore. There was no denying that the woman in front of him was distracting in every way, from her outfit to the look she offered him beneath her dark fluttering lashes as she savored in the sweetness of the oozing chocolate of his crepe. The metallic taste of the vampire hardly seemed to perturb her in the slightest as she swallowed, though Sebastian gave her distinctly little time to consider the notes of his own unique flavor before the coolness of his fingers wrapped around the warmth of her slender, offered wrist.

Sebastian leaned forward, his lips parted ever so slightly as the tip of his sharpened fangs brushed gingerly against her satin skin. He could feel her heartbeat flutter at his touch, her blood pumping faster through her veins in a way that sang to the vampire. His incisors pressed gently around against her skin, his teeth pierced her flesh just enough to let that glorious flavor fill his mouth. The Incubus' own venom invaded her bloodstream, sweeping away even the slightest hint of pain whilst inviting in its wake a sort of pleasure that was wholly unique to Sebastian himself. The blue of his gaze fluttered towards her as he took a hearty gulp of her blood, the vampire wholly aware of the way her eyes closed briefly, relishing within the feelings that assaulted her. He leaned forward to take a bite of her offered crepe, all together aware of her gaze upon him as several shuttered breaths left her lips. Truly, Sebastian enjoyed the reaction he provoked within Carolina, her wanton enjoyment of all he had to offer her was equally as appreciated. Still, it was the taste of her crepe upon his tongue that distracted the vampire from his companion.

His own navy eyes fluttered close as a soft groan left his lips. The sweet, saucy flavor of the crepe was further accented by the unique taste of Carolina herself - the combination was...unforgettable, to say the least. Sebastian's eyes slowly opened to meet the teal hue of Carolina's own as he insisted that she tasted nothing short of amazing. He watched as a simper crossed her lips as she insisted he hardly tasted all that awful either. A soft chuckle left his lips, the husky melody of her voice hardly went unnoticed. Sebastian answered. He watched as her eyebrow rose, her inquiry, however, prompted a small shrug to his lips. The vampire shifted, reaching for his wallet, his fingers deftly pulled a white, thick piece of cardstock from it's depths before he slid the business card across the table towards her. His own brow rose, the vampire wholly inquisitive of how their new unique relationship might progress. Sebastian continued, purposefully turning that very inquiry back upon her as he portioned off another slice of his own quickly diminishing crepe. 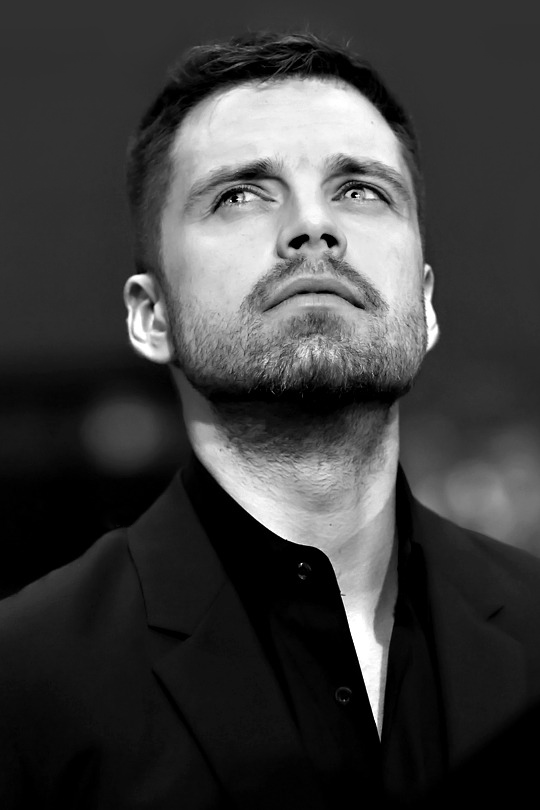