move with glory through my veins

It was, Alexander knew, distinctly rare to see that warm simper alight the features of the youngest member of their family. Those stories of the olden days and wars long past had always intrigued Aiden, distracting him from the woes of his own life even if they had been largely filled with Matteo's own embellishments. It was easy to fall into that role of storyteller, arguably at Matteo's expense. Aiden, he was sure, deserved a story that didn't paint his father as an indomitable warrior. Their time with Joan of Arc was, perhaps, the epitome of Matteo's personal goal to sleep through the ranks of the French army - just before his son had met the one woman who had changed everything. Matteo, however, remained suspiciously quiet as he retold that tale that was effortlessly pulled from the depths of his perfect memory. His lips parted to continue the tale, only for that bright red hue to fill his son's gaze. The blue-green of Alexander's eyes turned questioningly to the fae as he fell silent - his simple attentiveness to Matteo had garnered Aiden's attention in turn as the pair of men sat in comfortable silence, waiting for that vision to complete and the newest news of the argument Matteo had informed them was going on upstairs.

It had, admittedly, been surprising to learn of the tiff occurring upstairs between the royal couple. His grandson was so often so blissfully in love with his husband that it had been a bit shocking to hear the Monarch had finally exercised his authority over Sebastian. Such was, naturally, the fae King's right, as far as Alexander was concerned, though Aiden and Matteo had hardly agreed. How split they were on the topic! His eyebrow rose ever so slightly as that silver hue once again returned to his son's gaze. That questioning look hardly required any actual words from the Dark Hunter, Matteo inclined to offer them the latest update on what he had seen without any further prompting. Admittedly, Sebastian's actions were exactly as he had anticipated. The vampire had been nothing if not terribly submissive in every way. It was almost...peculiar for his species, really. The undead were so often territorial and prone to violence when their whims were not fulfilled. A soft breath left his lips as Alexander shook his head ever so slightly, the trio of men content to their silence as they listened to the sound of footsteps in the hallway somewhere above them. It was the soft thud of a door closing that informed the group that Matteo's foretold future had already come to pass. The soft tap of Matteo's fingers upon his glass caused Alexander to turn back towards Aiden, the Dark Hunter easily picking up that tale of their battle where he had left it off - with the duo supporting Joan of Arc and, in turn, France in their efforts to repel the British invasion that so strove to absorb the country under its banner.

Their victory was rather inevitable, the once quiet Frenchman was finally content to invade that story as it turned towards their celebrations in the aftermath of the battle. Alexander was..admittedly...prone to over indulging in drinking. It was a weakness that had persisted ever since his mortal days as Prince in the shadow of his father. Matteo's recount of his more...drunken antics, however, was cut off abruptly as that red hue again filled the Frenchman's gaze. Suddenly, Matteo stood, that sudden declaration caused Alexander's gaze to shoot upward questioningly. His son instantly disappeared, Alexander instantly aware of where he had teleported to. He exchanged a glance with Aiden before the Were-King stood to follow suit. Alexander jumped to his feet, the Dark Hunter had made it to the base of the staircase just as the sound of several crashes reverberated from the upstairs office. He could hear Dorian's own voice, deeper into the house as he bounded up the steps, his hand gripping the handrail for balance. The fae King's office was closest to the living room, Alexander vaguely aware of Dorian rushing down the hallway towards him as the Dark Hunter stepped into the room - his oceanic irises fluttered over the scene only to fall upon a face he remembered well. So Sebastian's friend was the infamous Jack the Ripper. How unexpected.

A scowl crossed Alexander's features before his attention shifted towards Matteo and the bleeding vampire in the opposite corner of the room. Matteo's demand to get the Dark Hunter out of the home was one he was quite certain he agreed to. "I know who he is." The ancient King responded as Matteo made an effort to forewarn him of the young Hunter's affinity. William himself, after all, had told Alexander of what he was capable of. The chunk taken out of Dorian's now nearly toppled desk only confirmed everything William had told him. Alexander approached the fallen hunter, only to reach down and grab William's shoulder. "Get up." He demanded, even as he half near hauled William to his feet. "Go." He shoved the younger Dark Hunter out of the office, even in spite of Dorian's near efforts to lunge at William, his voice lacking the usual placid eloquence he had come to expect from his grandson. Alexander said little, however, as he accompanied William down the stairs, any efforts the younger Hunter might have made to get past him would have surely been thwarted. It was only once the duo were in the kitchen at the base of the stairs that Alexander paused to glance at the concerned manservant who seemed to so diligently watched them. "Charles, call Luca, tell him to come get William. He's going to stay with the Security team for the night." Charles nodded, pulling out his own phone as he meandered out of the kitchen, leaving Alexander alone with William.

"Are you aware of what you just did, William? I assume you still haven't managed to learn how to control yourself." He commented with a raised brow. After all, he remembered well William's admittance that he often failed to remember any acts he performed whilst using his ability. It would seem very little had changed for the Hunter since he had turned down Alexander's begrudging offer for protection. How unsurprised he was given William's sullen, childish demeanor the last time they had met. 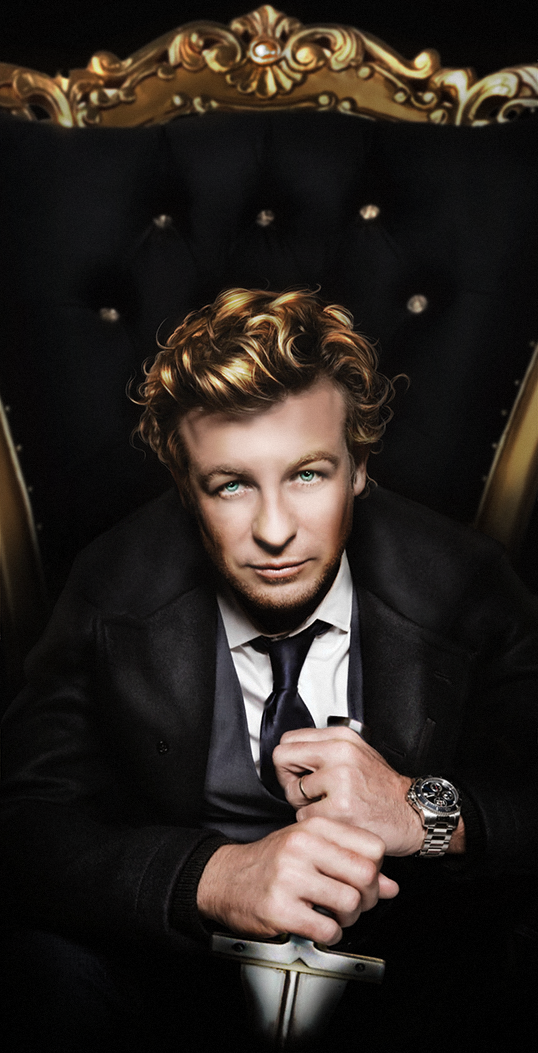