when all the King's men and all their horses 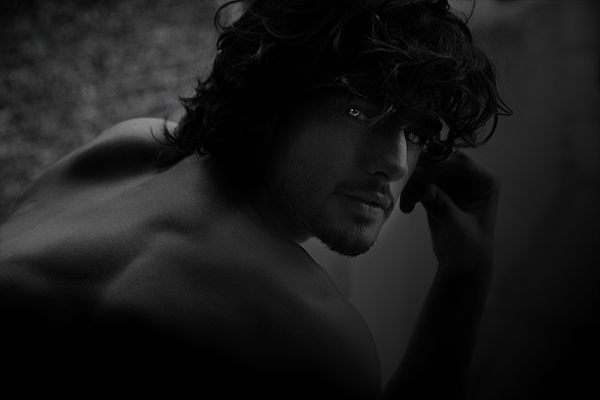 The steady pitter-patter of the downpour had become an almost soothing, though consistent, lullaby to the Hispanic man. In the persistent showers, Tetradore found himself finally, truly, relaxing. How desperately he had needed the reprieve that Chambord alone seemed to offer him, chasing away the tenseness and unspoken anxiety that so often afflicted him in the depths of Sacrosanct, only to give way to an altogether rare state of tranquility. He shifted ever so slightly within the bean bag chair he presently occupied, those little pellets re-situating around his fit physique. The log within the hearth crackled all too happily, casting an aura of warmth within the whitewash room. How Aiden adored that all too comfortable heat, his feet extended out in front of him in a feline-like fashion, the soles of which were warmed by the fire. The emerald hue of his irises were altogether trained upon the screen in front of him, a controller was neatly nestled in his hands, his fingers working diligently at the control stick as his character on screen ran forward and into battle. His father had been forced sometime earlier to abandon those games and movies the pair had taken up with gusto in favor of....some sort of accounting work - the very likes of which Aiden had distinctly little interest in intervening with. For once, the man hardly wanted to think about business or profits and margins. Chambord, after all, had been running effectively for centuries - Matteo was surely a far more adept businessman then Tetradore would ever be.

Those pixelated enemies on-screen were quickly dispatched, however, only for Aiden to pause and reach for the warm mug of hot chocolate on the coffee table beside him. For a moment, he sipped upon the decedent sweetness, only to return to the game at hand as his character ventured further into the dungeon he'd been exploring. It was only his father's voice that caused Tetradore's gaze to flutter from the screen to the now reclining man - that cup of steaming coffee settled in the Frenchman's hands. A soft sound left the Were-King's lips as his character deviated from its previous path and towards the wall that Matteo had gestured to. His fingers lightly pressed upon the 'A' button, spamming it in search of that 'secret passage' that Matteo had mentioned. His own attention hardly deviated from the screen at the sound of a knock upon the living room door. That clearing of the manservant's throat too went altogether ignored by the Alpha, the man more than certain that it was not his attention that Gregory sought and, as such, he was more than content to continue on down that corridor now that he had found the secret passage that Matteo had informed him of. His once reckless charge into that secret room, however, had slowed immensely as he listened to Gregory's report of those fields that had, recently, come to suffer in that torrential downpour outside. A small frown crossed his lips as Tetradore continued onwards down that tunnel, breaking random pots and crates in the process for each tiny coin. He was altogether ignorant of that boss battle he was putting off in the process, however, as Gregory spoke of flooded creeks, lost produce, and rampant goats. How...thrilling.

That groan upon his Father's lips drew the Were-King's gaze, albeit briefly. He watched as Matteo put down that cup of coffee, the man clearly less than pleased by that report. Aiden said distinctly little of it, however, his character upon the screen continuing down that long hallway, an opening clearly visible in the distance. He charged towards the opening with little further regard to the goats or Matteo's sick neighbor - his attention quickly refocusing back upon the video game on his screen before a large robotic monstrosity suddenly lunged at him with a giant axe. "Fuck." He muttered under his breath, his own reflexes far faster as he dodged out of the way - sword in hand at the ready. For several moments he watched the robotic creature, judging that series of attack before dashing in with his oversized greatsword, cleaving at its metallic sides. Aiden hardly paid attention to the fae's dismissal of his manservant, the Alpha's attention solely upon the large screen above the fireplace and the health bar of both him and the enemy he fought. It was only the sound of his name in that sing-song, if not distinctly French lit, that caused his gaze to flutter briefly towards his Father. "What?" He inquired bluntly, artfully dodging out of the way of the Robot's latest attack. He ignored Matteo's slow rise from the sofa, though that very suggestion to venture outside caused Tetradore's nose wrinkle, his gaze momentarily shifting towards the window to note the continued downfall. It was the fae's insistence that outside was more enjoyable than his game, however, that caused snort to leave the Alpha's nose. "I somehow doubt that." He retorted with a raised brow.

As it was, Aiden hardly hesitated in the slightest with his game, even as Matteo made his way towards the door leading to the veranda. He was vastly more interested in the Robot with half of his life still filling that bar above the screen than any goats in a vegetable field. The steady sound of that rain increasing as Matteo opened the door caused his gaze to deviate but slightly towards the rainfall that had just begun to creep into the home - accompanied by those cold, chilling gusts of air. How very little it made the Were-Panther want to move from his cozy spot in front of the fireplace. It was Matteo's insistence that in his day, son's rushed to help their fathers that prompted a roll of the Were-King's vibrant irises as his character carefully dodged out of another sweep of the Robotic monster's flailing limbs. In fact, it wasn't until the Frenchman mentioned his Bugatti that Tetradore's attention finally deviated, his brow pinching together in consideration.

Damn it. Tetradore was well aware of the effort that Matteo had put into securing that vehicle for him, much less how much he adored that car. His momentary lack of attentiveness to that screen, however, resulted in his character near standing still - the robot quickly taking this opportunity to strike. The controller immediately vibrated in his hands as his health bar plummetted, resulting in his gaze turning back to the screen only to see the words 'You died.' printed across them. "God, damn it." He huffed, tossing the controller upon the coffee table. All the work he'd have to redo to even get back to that spot didn't feel worth it - though he failed to see how some fucking goats were any better! They'd already eaten the damn fields, it wasn't like there was anything left to save anyways. A huff left his lips as he pulled himself from that warm fuzzy beanbag, the Alpha all but snatching that jacket out of Matteo's hand as he smoothly pulled it over his broad shoulders, flicking the hood up against the ever-present rain. His bare feet were shoved within his shoes as he stepped outside, all but ignoring Matteo's insistence that it was just a 'little shower'. "A little shower, my ass." He muttered under his breath as he shoved his fists under his arms. Already the rain was pounding against his yellow raincoat and soaking his feet through his shoes at the overly saturated ground. This was....so not how he had wanted his afternoon to go.
aiden tetradoreNow the beast has come to play