as you go through life you'll see

Matteo's gaze shifted momentarily away from Alexander as the Macedonian regaled the room at large with that tale of The Hundred Years War and that near ceaseless string of battles between France and England and how the use of the cannon, toward the end of that war, had changed everything. His Father's ability to remember every detail was as mystifying as it had always been even if Matteo was certain Aiden had not needed to know about his managing to leave the barracks without his sword- twice. Alexander, Matteo was certain, took a particular pleasure in assuring Aiden knew of every time Matteo had managed to fail at one task or another. The Frenchman merely allowed his eyes to roll as that conversation continued, his silver gaze so momentarily shifting to glance upward once more as that distinct red hue overtook his iris' for a single moment. That argument, it seemed, was largely over- at least for now. Matteo's gaze shifted back to his family only to find they had fallen silent in turn. The singular, silent raise of Alexander's brow so offering a silent question the Hunter hardly needed to voice.

"They are fine now, I think. Dorian has demanded William leave, Sebastian is distressed but he will not ever go agianst Dorian's wishes like that and William- well, he hasn't taken it well exactly but he intends to leave. Dorian is about to go to his room."

Matteo, since that argument upstairs had broken out, had been content to provide the room at large with a veritable running commentary. The near ancient Fae's gift for future sight so providing the Frenchman a veritable advanced look at just what was about to occur mere seconds before it did. To read the future so directly was distinctly...challenging and yet Matteo had lived long enough to achieve a certain skill within the art. A soft huff from his own son prompted a simper to Matteo's features once more. Aiden, several times over, had expressed his assurance that his brother and this William fellow were nothing if not both ridiculous. How very much Sebastian might have appreciated the decidedly rare support of Aiden in this and yet the men downstairs remained distinctly uninvolved beyond Matteo's commentary. Alexander, for his part, had firmly supported Dorian's decision while Matteo himself lingered somewhere in between. In the very least he had been...surprised that Dorian had chosen to use such a level of authority as that. His elder son, after all, was often far more....mild than his younger when it came to such things.

The sound of Dorian's bedroom door closing somewhere upstairs so readily gave away the notion that the future had come to pass as Matteo suggested it would. The Frenchman, for now, was far more focused on restoring his drink to his glass as he leant back within that comfortable living room chair. Alexander, once more, had begun to discuss that battle. Matteo was inclined to merely remain silent until that opportune moment to inform Aiden of time Alexander, having enjoyed what felt like several hundred drinks after their victory that night, had wandered into a barn under the belief it was an Inn. Only to ask a goat to show him the accommodations.

"Oui, Mon Amie, I think you are forgetting when- "

Matteo's words halted near abruptly as that distinct red hue seemed to find his gaze once more. Matteo's features, this time, readily formed a frown. William's thoughts had changed with a sudden...sharpness. The very kind that only existed in beings inclined to a lack of sanity. Their thoughts twisted and turned rapidly. They were difficult, even for Matteo, to truly grasp if only because they themselves so rarely expected their own decisions. Insanity, after all, lacked clarity. That sudden change in William's demeanor however was nothing short of drastic, the hunter's intentions- at the cost of Sebastian- danced rapidly across the Frenchmans gaze as Matteo rose suddenly from his seat.

Those words were a veritable shout as teleportation gripped the Frenchman in near the same moment. How many possible outcomes danced behind his eyes! Several, of which, were far more....serious than their counterparts. More than one so involving Dorian's injury in turn if they came to pass. How often Matteo was content to veritably....torture Sebastian with the Englishman's utter refusal to break politeness. The pair had held a decidedly obscure relationship since the very beginning. Matteo, after all, was hardly un-inclined to admit he enjoyed making Sebastian squirm and yet....the vampire was his family. Nothing and no one brought harm to their family. Matteo had no sooner appeared within that office then the Frenchman reached to grasp the back of William's shirt- the unfortunate Hunter was hauled backwards and away from Sebastian only to be nearly thrown agianst the far side of the office wall. Matteo's free hand moved to catch Sebastian as the vampire doubled over. Shit. He had been but a second too late to stop that attack.

Those words were uttered to the Incubus alone. That blood loss, after all, was hardly fatal to the vampire. Rather, it was inclined to induce his hunger. Aiden, with Alexander in tow, had appeared within that room with equal speed. Matteo's hand so merely lifted to gesture to the Hunter he had all but thrown toward the wall mere seconds ago.

"Get him out of here, Alex. He can summon blades, the fool will probably try and fight you on the way out. If you wish to do anything right this night, Monsieur Holloway, do it and go quietly. I promise, you do not wish to stab Alexander."

Matteo's silver gaze narrowed decidedly as Alexander reached for William. The younger Hunter offered a distinctly cold look by the Frenchman before his gaze turned to Aiden.

Dorian's appearance within that doorway was near perfectly on cue. The shouts of distress from the Monarch rose above any other sound as his elder son tried near valiantly to demand Aiden let him pass. Dorian, in that moment, apparently undecided as to whether or not he desired to rush to Sebastian or take on William himself. Aiden was given quite the task of holding back the Fae as Matteo's attention returned to Sebastian once more.

"He did not miss, did he? This friend of yours."

Those accented words were offered to Sebastian alone once more as Matteo moved to crouch and examine that wound as best he could with the weight of the incubus agianst him. Sebastian, in the very least, would heal. That wound was hardly life threatening to a vampire and yet that pain was most assuredly the same as it would be for any less immortal being.

"This may feel a little...unusual, oui?"

Those uttered words were all the warning the Frenchman was content to give as one had moved to press to Sebastian's wound- the pain from that touch was but momentary as Matteo's own affinity all but burst into life. Sebastian's already healing body was given a dramatic boost as flesh and skin and muscles rapidly restored themselves to leave Sebastian's figure as pristine as it had been before William's attack. That pain, in turn, removed instantly. The blood stains on the vampire's shirt were all that remained of that assault as Matteo gently stepped backward once he was assured his son-in-law could stand.

"You can let Dorian go now, I think, Aidun. Be ready to help your Grandfather if he calls for you. Stay back from Sebastian though. He is very....hungry."

Aiden would hardly tolerate Sebastian's hunger near so well as Dorian would. One fight, Matteo was certain, was enough for the evening. 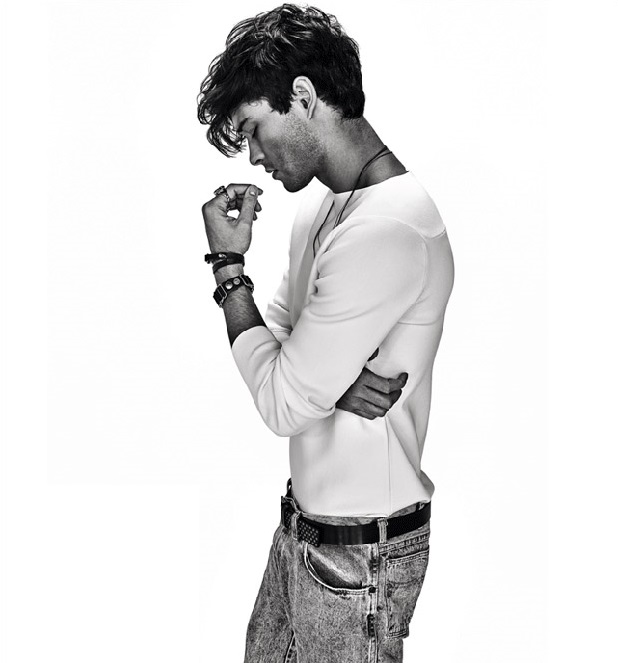