my lover's got humor; Sebastian 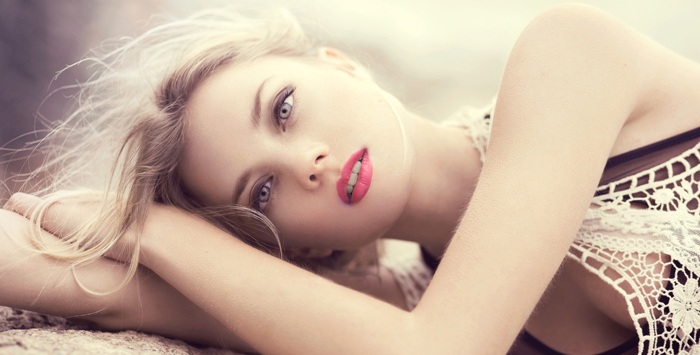 It would be so easy to melt in his presence, to give in to and get lost within the darkness of this booth and never leave. Yet she cannot resist rising to the occasion, to challenge his words with the smooth curves of her body that moved just enough against him to elicit a response that she doubted any man could ignore. There was no doubt he enjoyed the game they played, she could see it in his eyes and the soft noises he couldn't help but make, and yet he never sought to closed the distance between them allowing her to do so only enough. Tomorrow when sober she might dwell more on it, but in her addled state it went unnoticed as her tongue ran over sweetheart lips suggestively. Despite the brightness in his crystalline eyes she saw them darken considerably at the thoughts that no doubt ran through his mind.

Still he seemed determined to get home before sun up, and the reasonable side of her brain couldn't blame him despite the more physical side of her being disappointed. He seemed to be unhappy with at the revelation that she was, at the moment, homeless judging by the thin line that his kissable lips drew into at her suggestion he merely leave her at the car. However, that at the news that she could secure an apartment tomorrow he seemed to perk up again. Distracted by the rough feel of his stubble on his cheek she almost missed it until he glanced at the no doubt expensive watch on his wrist that could pay for said apartment for a month. Her gaze danced back to his at his comment, his smile and confidence returned and she risked a slight smile in returned, unsure exactly what he meant by that. She gave a breath laugh before downing the wrist of her whiskey with a slight grimace. Loathe to leave the her comfortable seat she knew all good things must come to an end and wiggled out of her vampires lap with more movement that was wholly necessary, waiting for him to rise and following him from the depths of the club, quietly mourning the seclusion it had given them

Slouching against the dingy wall, the sole of her shoe tapping out a rhythm Carolina waited outside the landlords door behind which Sebastian had disappeared. The car ride over had been quiet, the slender woman not letting the confines of seatbelts keep her from curling into Sebastian's side once more. Perhaps it was the feline in her, she liked to be curled against a warm body but she was finding the chill of his would do just fine. When they arrived at River Dale the dark sedan dropped them off at the front door and she had led him inside. She highly doubted the man used to such extravagancies as chauffeurs and expensive watches had ever set foot on this side of town before. Before her disappearance a few years ago she had a place her and had managed to talk her way into an apartment that had recently been vacated, but she wasn't sure what strings a man like Sebastian could possibly pull in a place like this.

Full of surprises however he exited the Landlords room with a room number, key, and a self-satisfied smile she couldn't help but return despite the severe curiosity that burned in her eyes. she purred stepping towards him until the front of his shirt brushed hers. Not breaking her eye contact she snatched the key and the sticky note proclaiming the room he had secured for her and sashayed towards the stairs leaving him to enjoy the view and follow.

The drive had given her mind enough time to settle into the dull haze of intoxication, rather than the freefall it had felt like before. Enough to lower her inhibitions while giving her a bit more bodily control though she still teetered on a few of the stairs on the way up three floors. Three floors, that was a little impressive in its own right as she wobbled to the door with brass numbers indicating this was the place. She glanced over her shoulder to see the steely gaze of Sebastian still following her before stepping inside the dark room that served as kitchen and living room, empty for the moment but with large picturesque windows that rose high since there were no floors above them. It let the dim light off the street in and she turned to lean against the counter, her lean form haloed by the diffused light and waited for him to enter, though a part of her worried he would just disappear back into the night they way he had come.