So raise your banner, fight your war;

Posted on July 16, 2020 by CLEOPATRA
Residences

But who was this man truly. Her mind began to churn and deduce what at first glance was impossible. But there were clues, all she had to do was observe and she would find a thread, even if only but a mere singular piece that she could gently unfurl... She had to admit that there was something so vaguely familiar that clung to the charming blonde hunter who stood before her. He held a rare bonafide confidence he wore with a natural ease that so few lacked in this era, and he fought like so few she had witnessed. A general perhaps? A leader? Yet there was something about the old ones that she could spot a mile away, a weariness in the eye, an impossible cunning, an unflappable disposition, a knowing. There were so many tells. So many clues and yet, not even the ancient egyptian queen could seem to figure this one out. He looked like the mighty Hercules the night they had met and today he hardly seemed the same man she had met in the dank sewers. Of all places to meet someone.

It was a dance, a careful one that they seemed to weave, calculating and yet curious. How rare it was that someone seemed to ensnare her so. He seemed so familiar she could grasp it and yet she had never met this man before. It only served to fuel her intrigue. His eyes reminded her of the harbours of Alexandria, her most favourite of places she looked back upon with a fondness. Everything, to her, was compared to it and yet none seemed to match its beauty. It was not the same city and yet it was not the same world. But even she was nostalgic to that place she had once called home in life.

It was easy to draw forward to the man, no ounce of shyness clung to her, drawn to him in a way like nostalgia clutched at her while Iras undoubtedly observed from afar. Her beautiful dark skin would undoubtedly stand out amongst the chiselled white granite that decorated her home. Yet, with the dark haired, exotic beauty before him... how could he look anywhere else? It was a power in itself. Beauty could be a weapon. So was her mind. Together they were lethal. After all.. How could she do what no other woman had done before. She had the ear and sway of one of the most powerful men in history after all. If only she knew who she tempted now.

How easily he produced that little black box. How she knew what lingered within it before she even allowed her gaze to observe the golden bangle he soon revealed. Yet.... even though she knew.... It was not enough to behold it. He was a surprising man indeed. How did he find her? It could only be so many things and she was surely interested to find out how. Yet it hardly clouded the appreciation of having it returned. Such sentimental things should have been vanquished to time. But there were such things she kept dear to her.. Even now. Even now she could almost remember the man's face who gave it to her with perfect clarity. She slid it on with a distinct ease, its rightful place upon her wrist for now, easily batting such distant memories from her like gossamer webs of a spider in her way. Some days nostalgia had its way with her but she was in control now. His lips held the barest of smiles and yet in that look she could see how smug he was.

How she seemed to fish for the information she seeked yet it would seem as he closed that velvet box she saw it. A glint of gold. His other words seemed to mean nothing in that moment. The golden hunter so expertly uttered some knowhow and said absolutely nothing in return. All he did was confirm as she suspected. But she could not unsee it. How easily she reached to grab his hand in an all too gentle hold that he could escape from without burden, she positioned his hand within her palm, her other gently trailed along the surface. His hands seemed to mirror the power that resonated within him. She all but took in that ring. She recognized its style. The way it glinted in a peculiar way that had all but ensnared her attention. Her gaze flickered upwards to study that flash of recognition behind his stoic facade. She allowed her finger tips to brush across its surface. She did not let go."You certainly possess taste dear hunter. One of... a king." After all.. How did one possess such a rare artifact. How few seemed to even linger in existence anymore. Cleopatra had nothing but an eye for such relics. Yet she found it odd that such a man as this would find such a ring in his possession. He was no ordinary man indeed. There was that thread she needed. She allowed his hand, his freedom once more.

She offered that wine and how she read him correctly!

"Just wait until you have tasted it. One could say... it was crafted by the gods. It is very good wine though, perhaps, better than most, if its flavour suits you." Yet she had a suspicion that it would, call it an intuition.

That singular demand for him to accompany her was easily spoken, every ounce a queen still in her own mind. After all there were far better places to be rather than ghosting a doorway with Iras spying so diligently undoubtedly straining to hear every word.

Cleopatra's lips curled into an alluring smile as she led the way deeper into her home. "Do not be alarmed. As you probably know, the woman behind the pillar is harmless. A bit of a spy... but she means well." She insinuated with a dismissive wave of her hand, an elegant gesture nonetheless. She led him through to the back to the room she had been lounging in prior to his arrival. There was a wheeled trolley, stationed against the back wall that held a fresh bottle of wine that had already time to breathe to perfection and various exotic fruits and cheeses.

He admitted that tale was not an entertaining one. How she failed to believe it!

"Then perhaps you will tell me anyways, to satisfy me in another way... even though I find the game of anonymity and its allure quite irresistible. Then follow it with something... that I might find entertaining. Over wine of course." She added while she busied herself with the wine. Pouring it in abundance into fine crystal glasses she positioned before her before handing him a wineglass of his own. Her tastes clearly expensive in most things she deemed important. Wine was clearly one of those things. Ah she had always had a weakness for Dionysus.

She handed him that glass, her fingers brushing against his own hand in a seemingly innocent gesture. She had to admit... the unknowing of this strange visitor was slightly invigorating to a rather stale existence. What had she not already done so many times in her lifetime! She led the way outside, the doors toward the portico opened with a sweet rustling breeze carrying the sweet floral scent. A walk through the garden with wine sounded entirely too appealing. How that wind felt close to divine upon her exposed skin, the dress she wore the thinnest and most expensive of fabrics. How she liked the feel of it on her skin.

"I would be extremely curious to hear the tale of how you acquired that ring.... Far more than how you found me." There was an almost seductive quality to her voice as her cloven hued eyes rested upon her new guest. How much he knew about her.... Irrelevant at least for now. 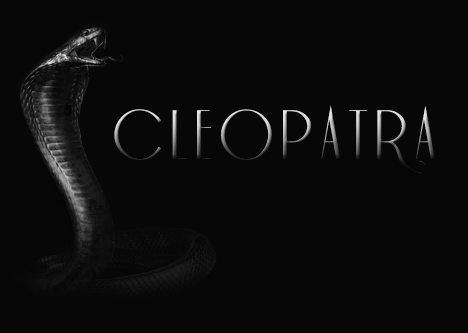